After a court ruling, a temporary restraining order has been issued against Ripple limiting its XRP sales. The firm has been ordered to maintain a “net zero” position in sales and purchases of XRP, until its former investor Tetragon is able to liquidate its Ripple shares. 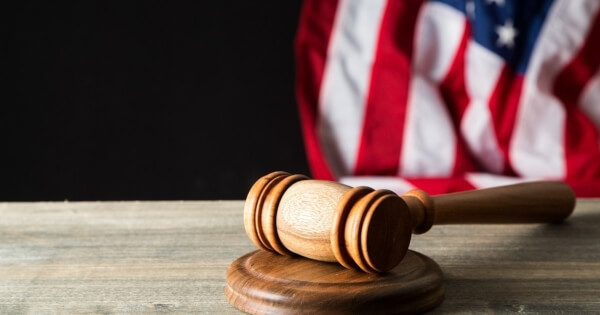 The Delaware Chancery Court’s temporary restraining order to limit XRP sales comes as Ripple’s former investor, Tetragon has decided to sue the fintech firm, filing for a temporary restraining order, a preliminary injunction, and an expedited trial. Through its official complaint, Tetragon insists that Ripple should reclaim its equity and that the XRP-associated company should have their assets and liquidity frozen until a payment is made.

The Series C investment agreement was brought up in the complaint, an agreement stating that if XRP was considered a security, Ripple was required by law to redeem their equity held by Tetragon, if the latter requested it. However, after the court hearing, the vice Chancellor concluded that Tetragon’s request to completely freeze XRP purchases was too “heavy-handed.” Instead, the court issued an order requiring Ripple to maintain a net zero position in XRP sales and purchases, instead of “halting acquisitions outright.” Ripple must maintain a zero balance in terms of XRP transactions, whether it involves trades or XRP buy-backs.

Ripple's ability to conduct XRP transactions or redeem shares is therefore limited until Tetragon has managed to sell back all of its shares.

XRP under SEC scrutiny for being a security

As the Securities and Exchange Commission’s lawsuit against Ripple for selling XRP as an unregistered security has not yet been concluded, the logic behind the Delaware Chancery Court ruling seems to be that the SEC’s ruling needs to have happened first.

Previously, Ripple CEO Brad Garlinghouse had said that it was unfortunate that Tetragon, a shareholder of Ripple who owns 1.5% of it, was “seeking to unfairly advantage itself through the SEC’s allegations.”

Tetragon first filed a preliminary injunction at the beginning of the month, referring to the Series C clause that obliged Ripple to redeem its equity if XRP was classified as a security. However, Ripple refuted the claims, arguing that the lawsuit had no merit as the SEC ruling had not conclusively placed XRP as a security.

The issue of classifying XRP as a security has been deemed preposterous by Ripple’s CEO, who pointed out that the US was the only G20 member to classify the token as such.