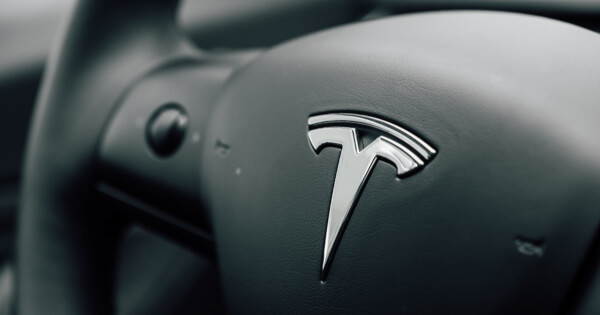 The tech giants stock also plummeted, with the Dow Jones Industrial Average dropping by 2.3% and the Nasdaq Composite losing by 4.1%.

The electric-car maker’s stock—Tesla dropped by 21% in what investors deemed a terrible trading day, suffering its biggest drop yet. Tesla stock has been reported to have lost around 33.7% of its gains, falling from grace from a high of $498.32 in the past week.

According to reports by Blockchain.News, there appeared to be clues that the stock would undergo a massive sell-off. One of the indicators seemed to be when investment management firm Baillie Gifford, a long-time shareholder of Tesla stock, solid its shares and cashed out its gains at the same time as the electric car and battery maker's stock hit a record high.

With Tesla stock’s bearish momentum, the market has suffered a huge loss as it continues its stock market downtrend.

As for the crypto market, there appears to be significant movement and high volatility as well. After recording lows of $3,600 on BitMEX on March 13, Bitcoin, the top cryptocurrency by market capitalization, hit its high of the year, surging to $12,400.

We have explained why the Bitcoin and crypto market is expected to crash before the opening of the Dow Jones. In order to prevent another dip from happening, the Bitcoin price needs to stay above the 90-day moving average.

A Case of Bad Sushi

The crypto market also suffered a huge loss over the past week, with the SushiSwap (SUSHI) token crashing after its anonymous founder cashed out. The price of the SUSHI token, which reached a high of $15.97 on September 1, plummeted to $1.13 in the following days, plunging to one of its lowest price levels.

The nosedive experienced by the crypto market could therefore be in part attributed to SushiSwap (SUSHI) token price, which will test the 5-day moving average (MA) soon.

However, if there are not enough funds to support the SUSHI token price, the fall of SUSHI would overlap with Bitcoin’s price drop and the stock market going down. These overlaps will cause a crash for the crypto market again.

Why are the stock and crypto markets crashing?

There seem to be no signs of fast recovery for the stock and crypto market, with a lack of new money supply influx. Additionally, investors earning a quick profit through pump and dump strategies and cashing out their profits on a short-term market run seem to be inhibiting the market’s recovery. Although the US dollar has risen a bit and given investors a bit of hope, there seem to be no signs of any bullish momentum for the markets, as economic stimulus packages have not yet been rolled out by the United States government.

The stock market seems to be on the verge of a downtrend again, and consequently, it may lead to the plunge of the crypto market along with it.

For Bitcoin, many companies and financial institutions are showing an increased interest in buying the cryptocurrency asset. As reported by Blockchain.News on August 11, MicroStrategy purchased 21,454 BTC for $250 million, averaging $11,652. 84 per Bitcoin. In addition, Grayscale Investments' parent company Digital Currency Group (DCG) also invested $100 million into Bitcoin mining projects. This endorsement of the digital asset by big-name firms could in turn drive up the Bitcoin price. However, whether it is enough to save the crypto market from another downtrend is still up for debate.