With Bitcoin back in the public eye after hitting a new all-time high last month and the BTC price gaining over 150% in 2020, Grayscale Bitcoin Trust is offering mainstream investors access to the newly proclaimed era of digital gold. 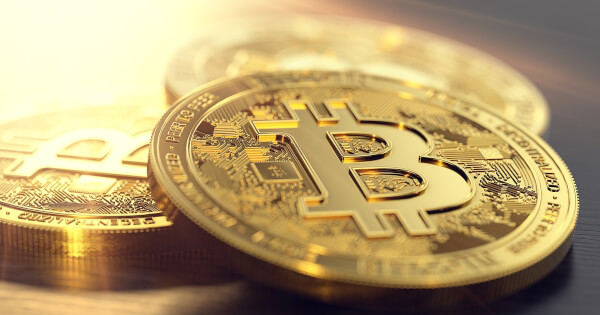 The Bitcoin price has been on a tear this year, pushed to new heights by the growing institutional investment narrative that BTC has become an actual store of value and can be used to hedge against currency devaluation. As public interest peaks, Grayscale is seizing the opportunity in the hopes of offering retail and professional investors a route into the era of digital gold.

With a link to their Bitcoin trust and services, Grayscale posted on Twitter:

“Be bold in the era of #digitalgold with Grayscale Bitcoin Trust, your route into #Bitcoin investing. $#BTC”

The Bitcoin as a digital gold narrative is becoming more and more prevalent. According to Mike McGlone, Bloomberg Intelligence Senior Commodity Strategist whose recent report supports this position said on Twitter:

“In a World Gone Digital, #Bitcoin May Surpass #Gold -- The past year has been a stepping stone for Bitcoin into the mainstream of investment portfolios and for the digital evolution of money, which should keep the benchmark crypto on an upward price trajectory in 2021.”

While there is growing consensus among institutional players like Microstrategy’s CEO Michael Saylor that Bitcoin can be a store of value, not everyone is convinced or quite as sure.

Banking giant Wells Fargo has, in the same breath, called Bitcoin this year's top asset and labeled it a 'speculative' investment. In its report, Wells Fargo compares investing in crypto to the early days of the 1850's gold rush – however, according to Gavin Smith, CEO of Panxora their research neglects various key facts about Bitcoin. Smith said:

"In the same way that the gold market today bears no resemblance to the ‘gold rush’ mentality of the 1850s, the Bitcoin of today has become a store of value that is used in times when people fear currency devaluation."

As reported by Blockchain. News, Tom Jessop, President of Fidelity Investments digital assets arm, said last Thursday that his firm still uses the word “potential” when describing volatile Bitcoin’s ability to act as a store of value, although many investors appear sold on the BTC as a safe haven narrative.

While the Panxora CEO Smith agrees that Bitcoin still displays high volatility, he believes BTC’s classification as a speculative instrument as been dismissed.

Smith said in an email to Blockchain.News:

"As recently as 2017 Bitcoin could be viewed largely as a speculative instrument but this is no longer the case. Bitcoin displays the high volatility which is characteristic of any emerging asset. But there is a growing acceptance among institutional investors that a strong use case exists for using Bitcoin alongside gold as a hedge against currency devaluation. This is evidenced by the growth of the Grayscale Trust and companies like Microstrategy parking a quarter of a billion dollars in bitcoin as part of their treasury management strategy."