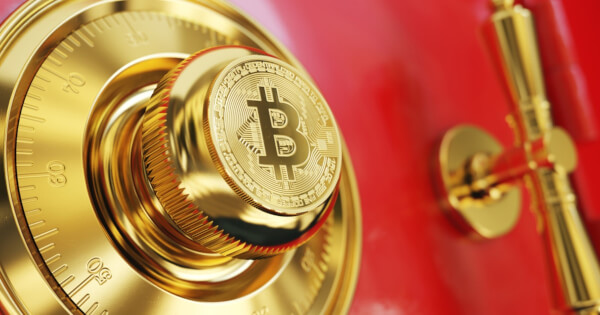 In an interview with Raoul Pal, the founder and CEO of Real Vision, Gutmann disclosed that state-owned investment funds are making inquiries regarding the possibility of purchasing the leading cryptocurrency.

Gutmann said what he believes makes investing in Bitcoin appealing to investors: “If you look at the world today on a forward basis, it is reasonable to be asking yourself as an investment committee or as an allocation committee [if] having all of [their] assets denominated in dollars against dollar-denominated liabilities is the right allocation mix.”

In the same conversation during the interview, the former hedge fund manager and founder of Real vision media company, Raoul Pal, revealed that Singapore Exchange (SGX) and state-owned investment firm Temasek Holdings has been purchasing Bitcoin. Pal revealed that Temasek Holdings has been purchasing virgin Bitcoin from miners - virgin Bitcoin tokens that have never been used for any transaction.

Temasek Holdings is a private company, wholly owned by the Singapore government, which was formed as an investment holding concerns to own and manage the State’s equity investments in local firms. Temasek has a portfolio of about $226.6 billion and manages a wide range of investments and financial services including technology, media, telecommunications, life sciences, agribusiness, energy, real estate, consumer, industrials, transportation, and resources.

Last month, GIC Singapore state-owned sovereign wealth fund investment firm led $80 million funding in US cryptocurrency platform Anchorage so that the crypto firm could expand its crypto bank services to meet the increasing demands especially among corporations and traditional financial institutions. Anchorage officials revealed that several state-owned sovereign wealth funds including GIC are finally warming up to cryptocurrency and are looking at it as an opportunity.

Anchorage officials said that the crypto custody firm is holding talks with many state governments regarding adding Bitcoin to their treasuries.

Additionally, Norway’s oil fund, a sovereign wealth fund owned by the government of Norway, could be the next state-owned investment fund to make a Bitcoin purchase. Norway’s oil fund currently holds Bitcoin indirectly through its 2% stake in MicroStrategy intelligence firm.

Traditionally, public companies have managed cash conservatively, by allocating the majority of capital to low-risk assets (like treasury bulls, money market funds, bank deposits, repurchase agreements, and commercial paper). But with the evolving economic climate, risks caused by the Covid-19 pandemic and historic fiscal and monetary policy expansion are forcing public companies to a balance sheet allocation to Bitcoin.

Bitcoin investment has better returns than the above mentioned low-risk assets and has the potential to address challenges caused by the current difficult economic environment. This explains the reason why a rising number of publicly-listed firms are holding Bitcoin on their balance sheet, and even governments are considering following suit.