Ethereum 2.0’s launch is going to happen on December 1, at 12 pm UTC, as the required number of staked Ether for the deposit contract was locked in late last night. 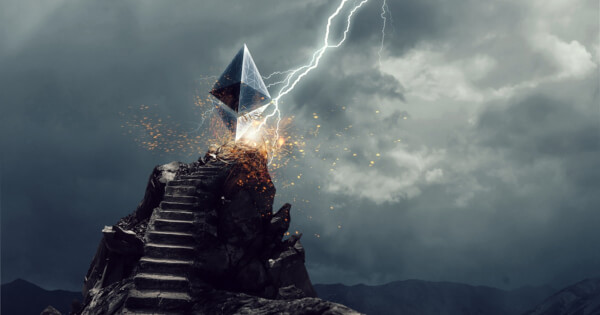 After much doubt and speculation as to whether the amount of needed Ether for ETH 2.0’s first phase to launch will be deposited in time, the milestone has been achieved. In order for Ethereum 2.0 mainnet to commence, a total of 524,888 Ether (ETH) had to be staked by November 24, 7 days before genesis scheduled for December 1.

With just a few hours to spare, the target was met late Monday night. Additionally, the number of staked Ether has even surpassed the required amount. Currently, according to Ethereum Foundation’s launchpad, 585,344 ETH have been staked. Anyone wishing to deposit Ether from now until the launch can still do so. Ethereum’s official progress tracker for staked deposits issued a message that read:

“We have liftoff. Thank you to the devs, the researchers, educators and community members who made this happen. See you on December 1st @ noon UTC.”

Staking on Ethereum 2.0 and one step closer to Serenity

Ethereum’s phase 0 - the first part of Ethereum 2.0’s complete blockchain project - will feature a beacon chain. The transition to a pure proof-of-stake (PoS) protocol will be tested on the mainnet, which will run in parallel with the current Ethereum blockchain network. The latter, like many other blockchains powering cryptocurrencies such as Bitcoin, run according to a Proof-of-Work consensus.

On a proof-of-stake blockchain, validators will get rewarded for block proposals and for confirming then. The rewards reaped by validating blocks will be determined by how much ETH is staked in the network. If you have staked more Ether into the network, this will also increase your chances of being chosen to stake blocks.

Scalability is expected to increase on Ethereum 2.0, and more energy-efficient solutions are supposed to power cryptocurrency transactions on the new mainnet.

Ethereum’s price shoots through the roof

In tandem with the announcement that Ethereum’s launch will happen as expected, ETH’s price surged, breaking the $600 level. The surge can be attributed to many factors, namely the anticipation of Ethereum’s blockchain upgrade as well as Bitcoin’s recent bull run.

This is the first time that Ethereum’s price has shot past the $600 mark in two years, after breaking a psychological barrier of $500 last week. In explaining this phenomenon and comparing it to Bitcoin, William Noble, the Chief Technical Analyst for Token Metrics, told Blockchain.news:

“In 2017, there was a monster rally in Bitcoin over Thanksgiving. This year the chase will likely be in Ethereum. Little brother has a lot of catching up to do to match big brother Bitcoin’s performance.”

Noble referred to how Bitcoin's rally to its all-time high in 2017 occurred near Thanksgiving. As the holiday is on Thursday, Ethereum's price may gain even more in the next few days.

Ethereum’s upward trend is also propelled by the explosion of DeFi which leverages its network for the most part. Paolo Ardoino, the Chief Technical Officer (CTO) at Bitfinex shared with Blockchain.news:

“In volatile periods, traders gravitate to platforms offering the sort of robust architecture that can always be relied upon. Today’s spike in the price of ETH to near US $600 underlines an epic year where we’ve seen an explosion of interest in DeFi.”

In addition to this, the anticipation of ETH 2.0 and Bitcoin’s bullish momentum has served to push its price higher.

Currently, it is trading at $610.84, as crypto bulls have fallen back slightly to rest.