Singaporean multinational banking and financial services firm DBS Bank Ltd. has confirmed it will be launching its digital asset exchange which is set to go live as early as next week. 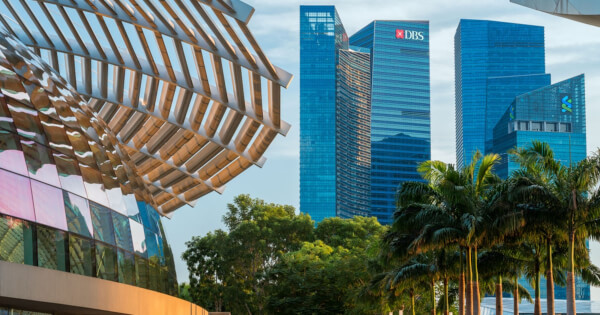 According to a report from the SCMP, the DBS bank-backed digital asset exchange will allow four of the top cryptocurrencies featuring Bitcoin (BTC), Ethereum (ETH), Ripple (XRP), and Bitcoin Cash (BCH) to be traded against fiat currencies such as the US dollar, Japanese Yen, Singaporean, and Hong Kong dollars.

The DBS exchange comes off as the very first cryptocurrency exchange that will be backed by a standard bank, as noted by DBS’s Chief Executive Officer (CEO) Piyush Gupta. Gupta said in a statement:

“We bring a large origination capability from our capital markets presence. We bring a substantial distribution capability, which includes into our own private bank and wealth base as well as institutional client base. And because we are an established custody house, we’ve built a lot of capabilities and knowledge and experience in managing the custody function as well."

“So leveraging the power and strength of DBS bank allows us to build volume, liquidity, and scale in this exchange in a manner which a lot of other bespoke exchanges find difficult to do.”

The exchange will also support the roll-out of Security Token Offerings (STOs) besides the exchange of its supported tokens. The STOs will allow medium-sized enterprises to multinational corporations to raise capital by digitizing their financial assets such as shares in unlisted companies, bonds, and private equity funds according to the reports.

Speaking about the recent development and what a cryptocurrency exchange backed by banking giant DBS would mean, James Gillingham, the co-founder and CEO of DeFi protocol FinxFlo, shared with Blockchain.news:

"The launch of the world's first cryptocurrency exchange backed by a financial institution here in Singapore represents a clear vote of confidence that digital assets do indeed have utility as an investment mechanism."

The DBS Bank’s move to embracing the offerings inherent to the digital currency ecosystem has been marked with different milestones. One of these milestones is the move by the Asian banking giant to join the R3-backed Contour Network known for digitalizing global trade processes.

This new cryptocurrency exchange venture by the bank is reportedly licensed by the Monetary Authority of Singapore (MAS), and the Singapore Exchange which will take up a 10% ownership of the new exchange.

The exchange is primarily aimed at catering to both institutional and retail investors but the retail investors must be accredited and will be able to access the exchange’s offerings through DBS Vickers Securities or DBS Private Bank.