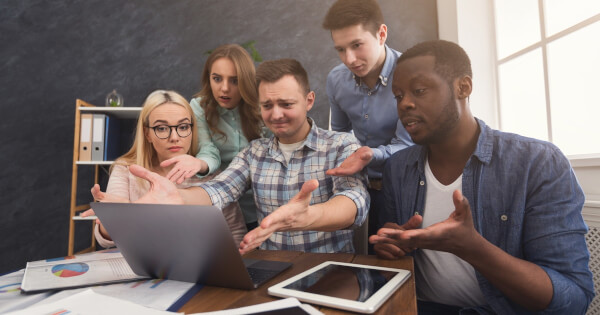 As the number of blockchain-based digital currencies continue growing by the day, there is a need to keep track of them all. This will help market analytics and investors in staying up to date with their choice of cryptocurrency. There are lots of functional cryptocurrency tracking sites, but CoinMarketCap is by far the most prominent. The website tracks the capitalization of various cryptocurrencies by listing prices, available supply (amount of coins/tokens that are currently in circulation), trade volumes and market capitalizations.

CoinMarketCap has been put under the spotlight as some of its users have taken to Twitter to point out serious inconsistencies in their rankings, specifically citing the case of the BitMex exchange which inexplicably sits at 175.

According to Cosmonaut, the CoinMarketCap user who took to Twitter to express his displeasure, the ranking of cryptocurrency exchange BitMex at 175 is simply unjustifiable.

In Cosmonaut's view, BitMex has the second largest web traffic factor of all the exchanges which according to CoinMarketCap was originally supposed to be how exchanges are ranked. The comments have drawn criticism from analysts, with many indicating that they had long suspected that Changpeng 'CZ" Zhao would manipulate the rankings, ever since Binance took over CoinMarketCap

CoinMarketCap has changed its ranking algorithm from the traditional web traffic factor to a more recent Confidence Score. This change was effected since the coin market aggregator was purchased by Binance for an undisclosed sum in April. In this new ranking, Binance ranks as the number one exchange which also calls for more criticisms.

According to data on CoinMarketCap, BitMex has an almost perfect traffic scoreat 960, just 40 points below the maximum of 1000, but also has a liquidity factor of 0. This lack of liquidity, however, as noted by Cosmonaut, does not justify BitMex's current position. He said in the comments, "Before you say anthing about liquidity factor, I could find 6 other exchanges in the top 50 that have 0 liquidity factor and have under 600 in web factor ranking. What a sham lmao."

Need for a Review?

Is there a need to take a closer look at CoinMarketCap's new rankings? The confidence vested by the crypto community in CoinMarketCap must be well guarded. Now that questions are out on the credibility of their algorithms with respect to exchange rankings, a review may help to pacify investors who depend on their ratings to decide which exchange to leverage as they traverse through the crypto sphere