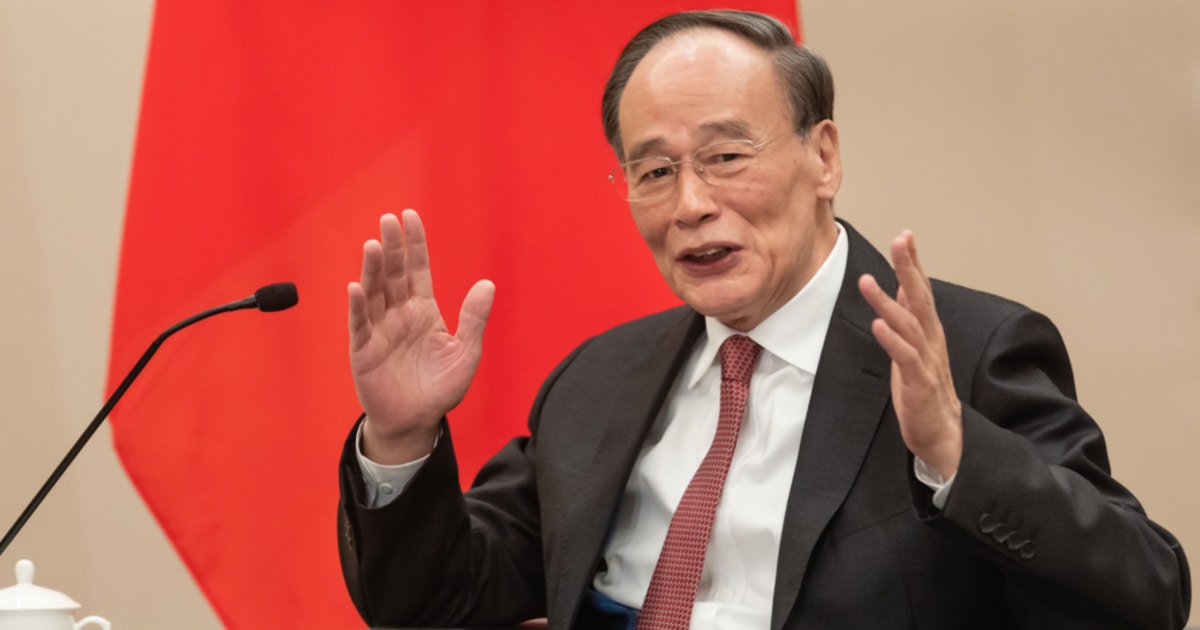 During Qishan Wang's speech, he first gave an overview of the world trend, then talked about economic development and finance.

He opened the speech by saying "At present, the world’s major changes unseen in a century are superimposed on the new crown pneumonia epidemic, which is raging around the world, triggering profound adjustments in international politics, economy, technology, culture, and security. The world economy is in deep recession, and economic globalization is encountering countercurrents, unilateralism, and protectionism. Trends of thought prevail and the international environment is becoming increasingly complex. The world has entered a period of turbulent change."

When it comes to the finance industry, Vice President Wang stipulated:

When discussing fintech and financial innovation, he believed new financial technologies have been widely used, and new business formats have emerged one after the other, both efficiency and risk being amplified continuously.

In the US, the same trend can be seen as well. The US Department of Justice (DoJ) had published a "cryptocurrency enforcement framework." In the meantime, the Securities and Exchange Commission (SEC) has been spotting and reporting unregistered ICO projects.