Bitcoin, Ethereum, Chainlink, Ripple, and Litecoin are regaining their bullish momentum despite plummeting after an incredible price run. 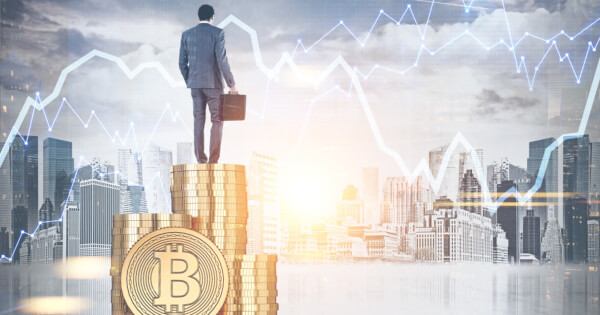 Bitcoin’s recent attempt to top its all-time high at the $19K level triggered Ethereum (ETH), Chainlink (LINK), Ripple (XRP), and other coins’ uphill surges. However, Bitcoin’s momentum above $19,000 was not sustained for long, as it plunged by the end of last week, dragging altcoins down with it.

Are cryptos still in bull territory?

Recently, it recovered, much to market traders’ delight. Some investors have optimized on its price drop to purchase more of the mainstream cryptocurrency. Currently, Bitcoin is trading above $18,500.00 and has bounced back after sinking to lows of $16,500. Market experts are hoping that it will be able to flip $18,000.00 into a support level, and its re-test of $19K, its psychological barrier, is much anticipated. Bitcoin is currently up 4% in the last 24 hours.

Altcoins have for the most part been very responsive to Bitcoin’s movements, having rallied alongside it in the bull market. Currently, in the past 24 hours, Ethereum is up by 8%, Chainlink by 6.67%, Litecoin (LTC) by 6%, and Ripple’s XRP token by 2.36%.

A price pullback is not such a bad thing

The pullback of these cryptocurrencies, along with Bitcoin, have been perceived as an essential phase before the bullish momentum could be continued. Alex Kuptsikevich, a senior financial analyst at FxPro, shared with Forbes:

“Crypto prices can show sharp fluctuations, so the main thing to know is that this stage was needed to continue the rally. Technical indicators have been in the extreme overbought territory for this long.”

The analyst added that $20K was a huge resistance level for Bitcoin, a sentiment shared by many crypto experts. Although $20K may not be achieved by the end of the year, it is however an eventuality for Bitcoin. Kuptsikevich observed:

“Technical indicators have been in the extreme overbought territory for too long. The rally started to choke up on the way to $20,000. This is a very serious psychological and technical level of resistance for the market, and there was no doubt that this obstacle would test investors’ optimism.”

Blockchain analytics provider Santiment’s findings echo Kuptsikevich’s insight. According to Santiment, Bitcoin sentiment on Twitter is incredibly positive currently, and this level of positive has only been reached 4 times on Twitter since Bitcoin’s 2017 bull run. Per the analytics firm regarding how Bitcoin’s price recovered over the weekend:

“#Bitcoin has edged up this Saturday, as positive commentary has remained optimistic despite the -15.6% retrace down to $16,370 on Thanksgiving. This is only the 4th time since 2017 that $BTC sentiment has swayed this positive.”

The break past $20,000 will likely also be accompanied by increased selling pressure from Bitcoin holders, as George McDonaugh, co-founder of KR1, shared with Blockchain.news. According to the market expert: “$20,000 is far more a psychological barrier, so it is likely to be ‘hodlers’ that may derisk at that level and produce some selling pressure.”

He explained that Bitcoin may likely see a lot of selling pressure once it creeps closer to its all-time high, as traders will be looking to profit from the increased price by selling some of their Bitcoin.

Why Ethereum and Ripple’s bull run is far from over

Bitcoin may not be the only one that is going to gain a value increase in the near future. Things are looking incredibly optimistic for Ripple and Ethereum as well.

Ripple’s XRP has been increasingly touted on social media outlets, with the social volume nearly overtaking that of Ethereum’s, according to data from Santiment. Since the start of the pandemic this year, Ripple's XRP token has increased so much that it has managed to quadruple in price.

Santiment, along with other industry experts, has asserted time and again that positive market sentiment often led cryptocurrency markets, which may indicate that XRP is likely to continue its upward trajectory.

As for Ethereum (ETH), Ether is likely to go up as its blockchain project, ETH 2.0 is set to launch on December 1. With the anticipation of the new mainnet, ETH’s price is sure to soar, according to market analysts. Currently, the second-largest cryptocurrency by market capitalization has managed to break its psychological barrier of $500, trading at $5891.89 at the time of writing.