Following the latest update of Paxful, Ray took a step back and shared to us his inspiration to set up Paxful and what he learnt from 11 failed startups! He then identified arbitrage as the key business opportunities by blockchain and instead of decentralization, peer to peer should be the core value preposition of Bitcoin! 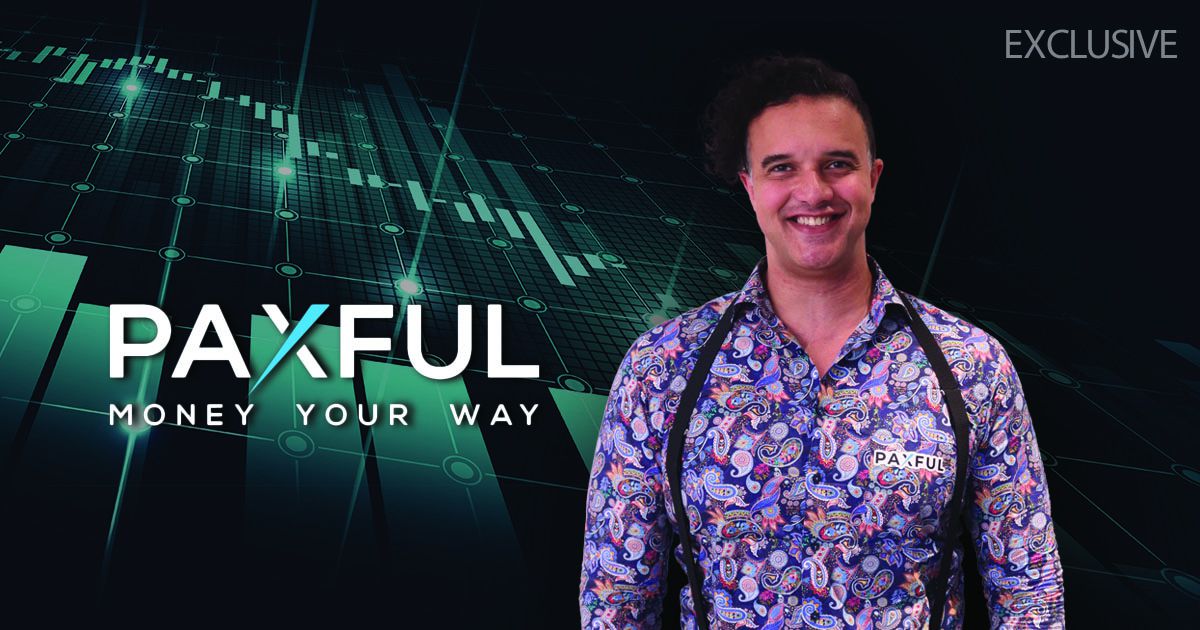 We noticed that prior to the establishment of Paxful, you have set up 11 startups and failed. Can you share with us the lessons learned and how do these failures inspire you to set up Paxful?

My first startup was successful and after that, I had 11 failures in a row, but every single one of them taught me something. Now We're trying to build a peer to peer Bitcoin marketplace and there are tremendous challenges in doing that. When I look at PayPal, PayPal is literally three times more complex to build nowadays. Western Union has cash as the only payment method and it took 30 years to become successful.

We're trying to provide over 400 different payment methods around the world to facilitate peer to peer transactions in every payment method. It is immensely difficult and mentally challenging. When I look back on my startups, they all have their unique challenges.

Billing was always a challenge for my previous 11 startups. Payment giants like Visa and MasterCard may not want to work with you if your products are targeting young teenagers or the unbanked. For example, I sold ringtones in my first startup. I was selling credits and users can buy ringtones with credits. You’d never heard of that 15 years ago and the payment giants want to work with me. To sum up, it was very difficult to launch a billing system from my previous experience of 11 startups.

How I tapped into the blockchain world?

When I first heard about Bitcoin, I read the whitepaper but I can’t figure that out initially. Then I started meeting people in the Bitcoin community, they won me over and that’s how I tapped into the Bitcoin space. It got me into libertarianism and the most important thing I got in Bitcoin by far was it taught me what money actually was and where it came from.

What are the key business opportunities brought by blockchain?

The key business opportunities are always arbitrage! There are 400 different major payment methods representing different networks. With Paxful, you can have full access to them and the markets around them. This is an amazing opportunity and humanity never has this before.

Imagine we have some magical friends in every single country that they have every financial account like banks, Paypal and Alipay. Whenever we need payment, he'll make the payment for us. We have to pay transaction fees in return but the fact that you can now access every single financial network in the world which powers up peer to peer finance.

Do you think in the future, Bitcoin will remain the poster Coin for cryptocurrencies? Or other altcoins will overtake Bitcoin?

I can’t predict the future and I don’t think any other coins are doing better than Bitcoin. All the issues like transactions per second (TPS), privacy is trivial in comparison to the main use case of blockchain: payment network. Bitcoin is a very good payment network and that’s what the world needs! Bitcoin doesn't need an immense throughput of billions of TPS and other altcoins can do that.

I don't think another cryptocurrency will pop up that will replace Bitcoin unless something catastrophic happens to Bitcoin. I don't see Libra as a huge threat as well, I think the reason people are freaking out over Libra is that we're fighting with each other and coming out with our own coins, going to war with each other and it is just disgraceful. At the end of the day, Libra is just another satellite revolving around. Bitcoin is currently the clearing layer of all currencies worldwide and I hope it stays that way.

Do you think the lack of scalability for Bitcoin will hinder the mass adoption in the payment network? People view Bitcoin as more like a digital gold as a storage of value. What is the core value of Bitcoin?

I think it's either of those things, like the people of Blockstream want you to think of Bitcoin is just gold and not scalable so we need to build a lightning network on top of it.

Then there's people like Roger Ver creating Bitcoin cash and say Bitcoin cash should replace Bitcoin in the future. Then there is a guy like me, who is right in the middle and say “There is an entire world of money trapped in retail economies like Amazon, Apple, bank accounts in cash and all kinds of online wallets. There needs to be something that can circulate that money value around. Gold can't do that because it's not something that can move around like Bitcoin. Bitcoin is really the clearing and that's what peer to peer finance is.”

When people talk about Bitcoin, they always say decentralization is the holy grail.

However, decentralization is just the technical feature but the most important point is two humans are exchanging value.

The core value proposition is we are connecting two humans together and how they actually interact with each other. We missed this fact which is honestly the biggest thing holding us back.

Do you think the emergence of Central bank digital currencies (CBDC) and Facebook Libra Coin will facilitate a world of decentralized finance and why?

Libra is not decentralized. Those validator nodes are controlled by a certain party of people. Central bankers are not going to lose control of this. They're going to keep fighting and gain back the control eventually.

The only thing that can stop them is educating people. For example, number one: what money actually is and where it comes from. This is the key. Before Bitcoin, I had no idea about these concepts. Once I figured it out that money is not necessarily gold, silver, and fancy paper that central banks are giving us, money is a representation of our work that freed up my mind. All we need is a medium of exchange and that's what cryptocurrency is. When we focus on that peer to peer aspect instead of decentralization, that's when we can start to understand what we're working with here and we can build real applications that will stay ahead of the central bankers.