After stagnation in the crypto markets last week, Bitcoin has stormed into the holiday season with a fresh price surge above $19,000—with many investors anticipating that the Christmas market conditions will see the BTC price finally conquer the $20,000 barrier. 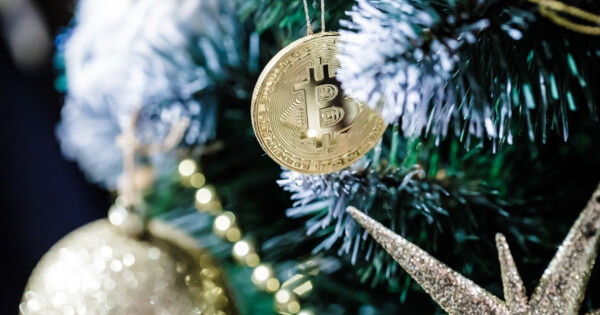 In 2020, the Bitcoin price gained over 160% since the start of the year, triggering triple-digit increases in popular altcoin cryptos like Ethereum (ETH) and Ripple’s XRP.

Traders are now anticipating that the Christmas market could see a further boost in the crypto space—could Bitcoin break $20K, and how far will Ripple’s XRP and DeFi-booming Ethereum’s price rise on the back of the Santa Rally?

According to Forbes, the Santa Rally, a Christmas stock market surge, has been in play for around two-thirds of the years since 1970 and averages a 1.4% gain in the traditional market during the holiday period. In 2013, and 2017, Bitcoin recorded huge Santa rallies and in 2019 Bitcoin underwent a smaller late-December price surge.

Bitcoin has been surging this year with the stock markets on the back of coronavirus relief economic stimulus packages being issued by governments around the world.

Economist and prominent market analyst Alex Krüger believes that a Tesla-like rally could be coming for Bitcoin in these months. In a statement Krüger commented on his expectations for the BTC price and the Christmas market. He said:

"Given that Bitcoin has been moving up or down 2.4% a day on average during the last two months, breaching $20,000 by Christmas is reasonable.”

Despite the market being gripped by rumors that the Trump administration may drop a regulatory bombshell by imposing blanket regulations on self-hosted crypto wallets on its way out of office, institutional demand continues to grow.

"Financial markets are likely to remain risk-on, while the Federal Reserve should reassure markets on Wednesday about its long-term dovish stance and MicroStrategy is about to deploy $650 million into Bitcoin."

Ryan Selkis, the Chief Executive of Bitcoin and crypto data firm Messari believes that the regulation concerns will be nullified by institutional investment and reports of further BTC purchases by MicroStrategy and Grayscale will keep the price rally going into the Christmas Market.

"We’ll break $20,000 [before Christmas] […] the market will shrug off the regulation proposal from Mnuchin."

As well as MicroStrategy’s announcement of further Bitcoin investment—crypto asset manager Grayscale has also seen investment of $2 billion since October indicating more professional and institutional investors are jumping on the Bitcoin bandwagon.

Ethereum and Ripple’s XRP have also made huge gains, partially riding the coattails of Bitcoin as public interest returns to the cryptocurrency space.

Ethereum in particular has been buoyed by the decentralized finance (DeFi) boom this year. Ethereum is currently 70% dominant in the smart contract platform realm, while Polkadot, ATOM, Algorand, and Cardano are also working on smart contracts. As the DeFi industry has grown 15x this year, it brings up the question of whether ETH will be the ultimate winner of the industry.

As reported by Blockchain.News. Raoul Pal, the CEO of Real Vision, recently predicted that BTC’s price could reach $1 million in 2025, but believes Ethereum’s new utility could see its market cap exceed Bitcoins. due to the fact that Ethereum acts in many different parts of the global ecosystem, including global supply chains, the tokenization of assets from real estate to intellectual property rights, non-governmental debt, and tokens from equities, amongst other industries. The ETH price currently sits at $590 at the time of writing.

Ripple’s XRP has not followed Bitcoin in the weekend price surge, and actually fell to $0.50 per token, XRP is currently trading slightly above at $0.51. However, crypto trader’s online are still optimistic that XRP will enjoy the Santa Rally along with the rest of the Christmas crypto market. Popular social media analyst and trader tweeted:

Cobb believes the XRP price will hit up to $3 dollars next year, and his tweet was met with a cacophony of support online.

If Santa’s rally takes comes into play, it is going to be a very Merry Christmas for the Bitcoin and crypto community.