Dogecoin is an altcoin cryptocurrency founded in 2013 based on the popular Doge meme, and is one of the more colorful coins on the cryptocurrency spectrum. 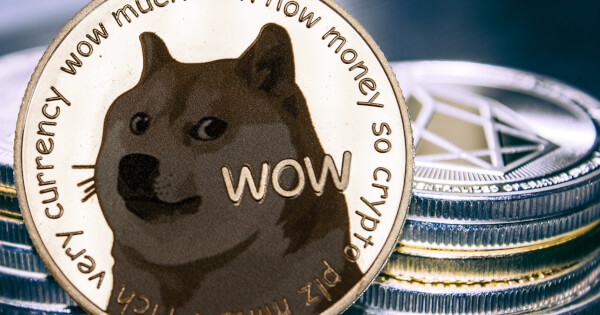 The Genesis of Dogecoin and Its Connection to Reddit, Twitch, and Tiktok

Founded in 2013 by Billy Markus and Jackson Palmer, Dogecoin was invented initially as a “joke currency” based on the “Doge” meme featuring a Shina Inu dog.

The idea behind the coin was to create a fun and lighthearted cryptocurrency that could reach a large demographic while educating people about cryptocurrencies.

It gained a large community following on social media, primarily on Reddit, and was used as a form of online-tipping on sites like Reddit and Twitch.

Dogecoin was hacked in 2013 after the Bitcoin crash, and millions of coins were stolen, which led to Dogecoin being the most talked about altcoin on Twitter. In 2015, Dogecoin trading volume briefly exceeded that of Bitcoin, but remained at a far lower market capitalization of $13.5 million USD.

In July 2020, a trend on TikTok brought the coin back into the spotlight. A video called for all 800 million TikTok users to invest 25 dollars to Dogecoin to inflate the price to 1 USD and “get rich.” The coin spiked 2000% in trading volume, and its price rose by 96% in a single day. However, the pump didn’t last long, and was followed by a massive dump, with trading volumes peaking to $1.2 billion USD in the sell-off.

The Technology Behind Dogecoin

The framework behind Dogecoin was initially based on Luckycoin, a derivative of Litecoin featuring a randomized block reward.

Dogecoin implemented a similar blockchain to these predecessors, with a Scrypt-based proof-of-work (PoW) algorithm that ensures standard bitcoin mining hardware cannot be used.

In 2014, Dogecoin changed from a randomized block reward to a standard block reward. The Dogecoin block time is 1 minute, which means that a block mining reward of 10,000 Doge is produced every minute.

Instead of miners competing with CPU power and mining pools, Dogecoin mining is based on a lottery system, where the winner of the lottery is selected to finish the next block.

Another unique aspect to this blockchain protocol is the fact that there is no limit to coin production – the network can produce an infinite amount of Dogecoin.

The Dogecoin community has been involved in several fundraising events. During the Sochi Winter Olympics, the community raised 50,000 dollars for the Jamaican bobsled team to attend.

The Doge4Water fundraiser was a successful charity event in collaboration with Charity: Water to build a well Kenya.