Chainlink is a decentralized oracle network built on the Ethereum network, founded by CEO Sergey Nazarov. 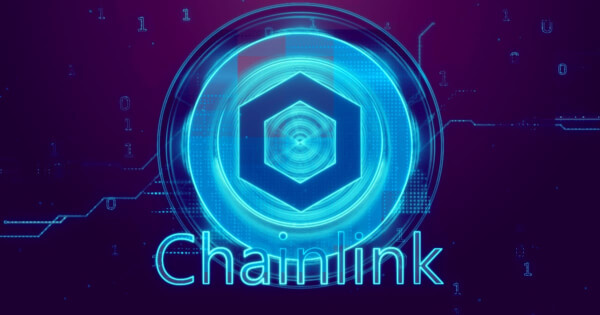 The Chainlink network has made a name for itself by providing reliable tamper-proof data for complex smart contracts on any blockchain.

In 2014, SmartContract.com was founded as a way to bring external data onto the blockchain. From this, Chainlink was born, enabling smart contracts to connect to data feeds from any data source or API. This was a game-changer for the blockchain industry.

After raising $32 million in an ICO, the Chainlink mainnet went live in June 2019. The Chainlink project has become a pillar in the oracle space, and a must-have for all credible DeFi projects.

Smart contracts allow cryptocurrencies from one address to be moved to another address when specific conditions are met. Publicly viewable on the blockchain, smart contracts are immutable, meaning that the parameters of an agreement or the specifics of a contract cannot be altered once deployed.

Smart contracts that require off-chain data must have a reliable source for bringing the data on-chain securely and translating it accurately, before translating and communicating any on-chain data back to any off-chain parties.

This communication issue has held back smart contract development, however, with the introduction of oracles, this problem is now a thing of the past. Now, smart contracts can be used for a multitude of use cases sector-wide.

Oracles are used to bring real-world data onto the blockchain through smart contracts. This could be anything from a weather forecast, a price feed, or the result of a football match. Decentralized finance (DeFi) is the most common use case for oracles, as these platforms require the most accurate and reliable data sources available to prevent catastrophe.

Oracles are an intermediary or ‘middleware’ that acts as a bridge between several parties during the transfer of data on and off the blockchain. Oracles verify and transfer real-world data so it can flow in and out of various blockchain ecosystems.

When used in conjunction with smart contracts, oracles verify that the conditions of the smart contract have been met and that the data provided is reliable.

Centralized oracles present the issue of a single point of failure, which is open to exploitation and could easily be shut down or cause another platform to fail, potentially putting users' funds at risk. If a single oracle goes offline momentarily, this could cause havoc for a lot of people. This creates huge trust issues, especially in a field where so many are striving for trustlessness.

The Chainlink network of decentralized node operators is financially incentivized to reach consensus on the data they validate and move on and off the blockchain, with bad actors being penalized for foul play and their data being rejected having not reached consensus with the rest of the network. It is this element of decentralization that makes the Chainlink network so secure.

Any blockchain that is smart-contract-enabled can request data using the Chainlink Requesting Contract. Known as an ‘event’, this is then registered by the Chainlink network and creates a Chainlink Service Level Agreement Contract (SLA), which allows users to access off-chain data.

The SLA contract has three sub-contracts:

Chainlink VRF uses cryptographically-verifiable randomness functions to make provably-random outcomes verifiable on the blockchain. The VRF has been particularly useful for blockchain-based gaming and gambling and could be used to prove random assignment of tasks in the workplace.

Built using the Ethereum ERC-20 standard, LINK is the native token of the Chainlink ecosystem. Node operators are paid in LINK for securing the network, by staking the token This incentivizes honesty and integrity among the nodes as penalties are incurred for dishonesty.

The LINK token soared in value throughout 2020, from the post-crash price of less than $2 in March, reaching an all-time high of almost $20 in August.

There has been a steady stream of Chainlink integrations this year, including partnerships with the biggest names in DeFi, as well as integrations with Microsoft and IBM.

Chainlink is changing the financial landscape by reimagining how financial contracts work, with a decentralized oracle network pushing towards the fourth industrial revolution.

Though many oracle solutions are usually required by blockchain protocols, any reputable project will likely have Chainlink as their number one choice of oracle.