What Ripple Thinks of Flare Networks, as Whether Tokens Already Minted for Spark Token Airdrop Questioned 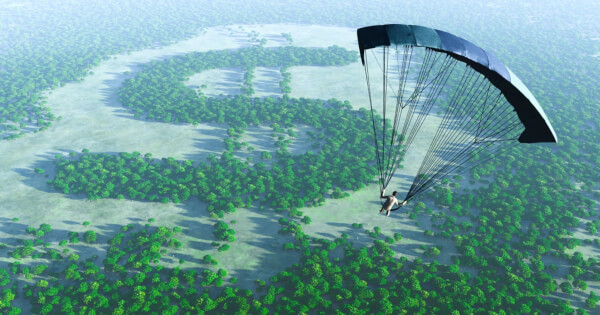 Flare Networks, a utility fork of Ripple, is working on delivering Ethereum-like functionality to the XRP Ledger, which hosts Ripple’s native token XRP. In order to do so, it will leverage the Ethereum Virtual Machine (EVM). Flare Networks is Ripple-funded and its Spark token airdrop is set to launch tomorrow, on December 12, with around 45 billion tokens available for the cryptocurrency handout. Garlinghouse has made it known that he is supportive of Flare Networks. He stated:

“From my point of view, Flare is combining the best of XRP (very fast settlement), Ethereum (smart contracts) and Avalanche (for consensus) which helps extend XRP’s utility and allows developers to create smart contracts for new use cases like lending and DeFi.”

“To me, it is a further example of people’s recognition that XRP is such an efficient digital asset. Utility will drive the long-term value of any digital asset. Seeing a company like Flare Networks and seeing them use the XRP network in various ways is an opportunity going forward, but it doesn’t affect RippleNet in how we are using ODL (on-demand liquidity) for our customers.”

For XRP holders, the airdrop is much anticipated, as anyone holding XRP funds on participating coin exchanges and digital wallets will receive free Spark tokens on a 1:1 ratio. Therefore, the more XRP one holds during the snapshot, the more Spark tokens they will receive. Garlinghouse commented on this:

He expressed support for Flare Networks. The Ripple CEO also said that although the project is Ripple-funded, Ripple is not part of the decisive conversations of the startup as that is up to Flare’s executive team.

However, he seemed utterly confident that Flare Networks will succeed, following its airdrop. Garlinghouse said:

“Flare Network has carved out an interesting niche as they move forward with the Spark token airdrop, and I’m optimistic for them.”

How does the Spark Airdrop Program work?

Flare Networks’ Spark (FLR) token airdrop will debut with a snapshot that will be held tomorrow, on December 12. The snapshot will successfully capture the total XRP holdings of each member participating in the cryptocurrency giveaway and the tokens are supposed to be distributed sometime in the first quarter of 2021.

As of now, 68 exchanges will support the airdrop, notably, Kraken, Binance, Coinbase, eToro, KuCoin, to name a few, and it is likely too late for any others to join the list, as some crypto exchanges have already announced the temporary suspension of XRP withdrawals and deposits in light of the airdrop.

Are the Spark tokens existent yet?

A total of 100 billion Spark tokens will be minted, and 45 billion will be distributed to eligible parties, excluding Ripple Labs. However, since distribution is only expected for some time in March, with self-custodial claims extended until June 11, 2021, whether or not the tokens have already been minted has been brought up.

A pseudonymous digital asset investor tweeted and mentioned Singaporean exchange Bitrue, who allegedly announced Spark token trading available for the month of December, although the airdrop has not started yet:

“When is the first $FLR to be minted? Has it been minted already? I understand that they’re (Bitrue) ‘working with Flare,’ but I still (sic) interested in how this works based on the timing of @FlareNetworks mainnet launch. Not being an adversary here. Just learning.”

Bitrue crypto exchange had announced support for Spark trading by the end of the year, notably in December. It said that it was working with Flare Networks "to determine your initial 15% distribution and let you trade with it ASAP." The notice by the Singapore-based exchange depicted that trading will start in December.