US Immigration and Customs Enforcement (ICE), a division of the Department of Homeland Security, has added Joselit Ramirez to its most wanted person’s list. Ramirez is a public official and currently he is Venezuela’s superintendent of cryptocurrency Petro, the country’s oil-backed cryptocurrency. 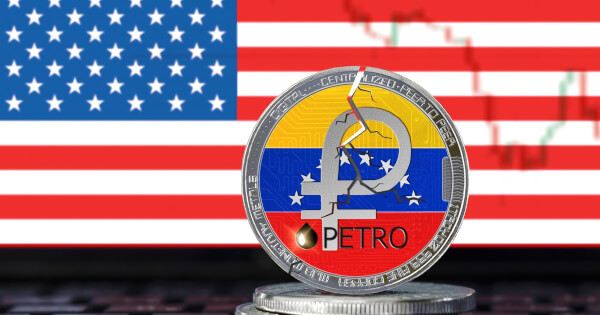 The report shows that Ramirez is wanted by the US government over allegations of corruption, links to the narcotics trade, and other crimes. The ICE accuses him for multiple violations associated with international commerce and his alleged involvement in the international drug trafficking scene.

The ICE wants the superintendent for violation of the Kingpin Act, the International Emergency Economic Powers Act, and for breaking multiple sanctions imposed by the US Treasury Department’s Office of Foreign Asset Control (OFAC).

Now, the US government is offering a $5 million reward to anyone who can provide information leading to the conviction or arrest of Ramirez. The ICE says that Ramirez has deep economic, social, and political ties to numerous alleged narcotics kingpins. Ramirez is also wanted for sanction evasion and money laundering.

The move comes the same day when Venezuela’s government has started accepting the similar sanctioned Petro crypto for gasoline purchases. Last week, Venezuela obtained many shipments of gasoline from Iran, evading sanctions imposed by the US.

Ramirez has been serving as the head of Venezuela’s cryptocurrency agency since June 2018. Carlos Vargas was his predecessor, an opposition leader, and a famous congressman who later worked with the Nicolas Maduro administration during the development of the Petro.

In March 2020, the district attorney of New York, Geoffrey Barman, accused Ramirez of being part of a corrupt group of high-profile Venezuela officials, including President Nicolas Madura, for running a narco-terrorism partnership that aims to flood the US with cocaine so that to undermine the wellbeing and health of the United States.

Venezuela journalist Marbellis posted a photo of Ramirez on twitter in which he seemed to be working from his office and apparently appeared unaffected by the ICE announcement.

If Ramirez is arrested, then he will be sent to the United States and tried in the Southern District of New York.

Venezuela launched its Petro cryptocurrency backed by mineral reserves and oil in 2018 as the nation was facing harsh sanctions imposed by the US and seeing a plummeting Venezuela currency (Bolivar).

The controversial Venezuelan government has even forced its citizens to use Petro. The nation recently announced that all petrol stations across the nation will sell fuel at reduced prices in exchange for Petro cryptocurrency from customers. But the cryptocurrency was not supported or embraced wholeheartedly by the global community. Even local investors are skeptical about Petro cryptocurrency.

However, the Venezuelan government is trying to develop its own mainstream digital currencies to revive its failing economy. Last year, the government initiated a testing initiative to examine whether it can hold cryptocurrencies in its national reserves.