President Biden’s pick to lead the United States Treasury Department, Dr. Janet Yellen thinks crypto has the potential to enhance the financial system and wants to encourage its legitimate use-cases. 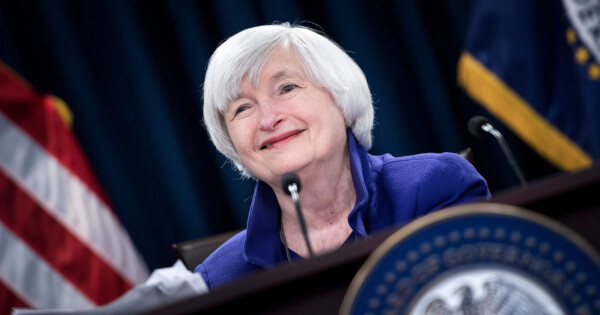 President Joe Biden has nominated Janet Yellen as Secretary of the Treasury, and while her comments on cryptocurrency last week appeared to be negative—the former Federal Reserve chair has revealed that she sees great potential in the nascent digital asset class.

Yellen initially said that the US needs to examine how it can curtail the use of crypto for illicit financing which she explained was its main use during her Senate confirmation hearing last week, She made the comments in response to a question from Sen. Maggie Hassan (D-NH) who asked about the potential for cryptocurrency to be leveraged in financing criminal and terrorist activities.

While it appeared that Yellen was destined to be another old-world cryptocurrency opponent, a written statement published on the Senate Finance Committee website today indicates that the incoming Secretary of the Treasure may have a more positive view on the potential for crypto to reshape the United States financial system.

In her statement, Yellen did again state the need for the US to confront the use of illicit activities leveraging crypto, this time she added that she also plans to encourage legitimate leveraging of digital assets.

“I think it important we consider the benefits of cryptocurrencies and other digital assets, and the potential they have to improve the efficiency of the financial system.”

"I think we need to look closely at how to encourage their use for legitimate activities while curtailing their use for malign and illegal activities. If confirmed, I intend to work closely with the Federal Reserve Board and the other federal banking and securities regulators on how to implement an effective regulatory framework for these and other fintech innovations.”

The overall outlook of Yellen appears quite bullish for cryptocurrency, as a regulatory framework for Bitcoin and digital assets would give much needed concrete legitimacy to the nascent crypto sector.

The Senate Finance Committee will hold an official vote on Yellen’s nomination tomorrow, after which it will go to the Senate chamber. If confirmed, Yellen would also be the first woman in history to serve as the United States Treasury Secretary.