US Senator Sherrod Brown, the chairman of the Senate Banking Committee, issued a statement requesting the Office of The Comptroller of The Currency (OCC) to review federal bank charters awarded to crypto firms and prevent any of such issuance in the future. 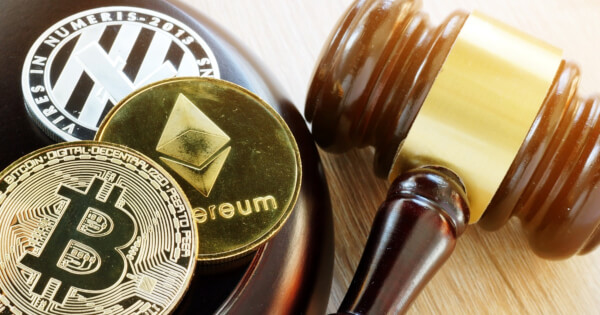 Senator Brown pressed the current acting Comptroller of The Currency, Michael Hsu, to review decisions reached by his predecessors to allow some crypto firms to provide some banking services nationally.

Brown, a fierce critic of the financial and banking industries, claimed that the OCC should not have awarded national trust charters to three crypto firms - Paxos National Trust, Protego Trust Bank, and Anchorage Digital Bank earlier this year.

Brown stated that he was concerned about the number of national trust charters given when Brian Brook served as the acting Comptroller of The Currency at the OCC. The Senator questioned the degree of rigorous review in which the three crypto companies endured to get such conditional charters.

Brown further said that it is unclear whether the OCC participated in the appropriate due diligence to stand behind such approvals before issuing such charters.

“Former Acting Comptroller Brian Brooks actively encouraged cryptocurrency companies to apply for a national trust charter because it had ‘relatively easy requirements’ and is ‘just a faster charter to get.’ Not only could these charter approvals lead customers to underestimate the risks related to these assets, but it could undermine faith in the safety and stability of the entire banking system,” Senator Brown stated.

Brown issued a letter addressed to Hsu, requesting the OCC to reevaluate any conditional national trust charters and stop the approval of any additional charters to nonbank organizations.

In a Senate Banking hearing held on Wednesday, May 19, Hsu made oral and written testimony affirming his intention to pursue a review.

However, consumer rights groups and some Democratic lawmakers argued that bank regulators should not allow crypto firms the ability to access the market themselves, due to the regulatory, volatility, and anonymity gaps associated with cryptocurrencies.

Hsu is likely to face rising pressure from both sides over the OCC’s stance on crypto assets.

Former President Trump appointed Brian Brooks to serve as acting Comptroller of The Currency at OCC after the resignation of Joseph Otting in May 2020. However, Brooks resigned on January 13, a week before President Biden took office, and was replaced by Blake Paulson as the acting OCC chief.

Early this month, Michela Hsu assumed acting Comptroller of Currency after US Treasury Secretary Janet Yellen announced her preference to appoint him to serve the role.

Brooks stepped down after eight months in the acting Comptroller of Currency role. He made a remarkable perspective on where the financial industry is heading, making traditional banks enter the cryptocurrency market and Wall Street investors investing in crypto assets.

Brook led the OCC in issuing important guidelines allowing federal banks to both custody crypto assets for customers and provide banking services to crypto firms. Brooks also advocated for national charters for payment firms claiming it was the answer to the ongoing unbundling of financial services.