Jan Marsalek, the former Chief Operations Officer of the now-defunct Wirecard payments firm, has been located in Belarus after supposedly heading to the Philippines to track down nearly 2 billion Euro missing from the firm’s spreadsheet.

Jan Marsalek promptly disappeared shortly after undertaking an investigation for the Wirecard missing funds—which he claimed would clear him of any wrongdoing. However, new evidence suggests that he never made it to the Philippines at all, but has been in hiding with the help of the FSB, a Russian intelligence agency. 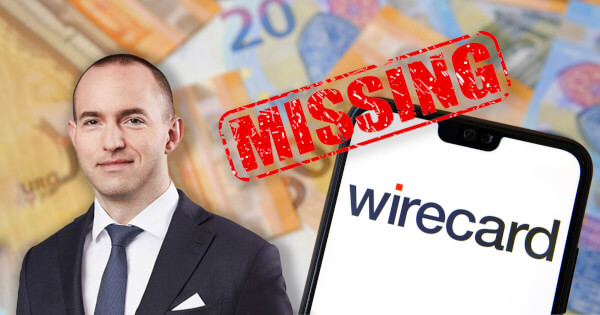 Marsalek was reported to have entered the Philippines where he flew from Manila to Cebu and then on to China in June. However, the Philippines immigration authorities have asserted that there is no evidence he ever arrived or records of his supposed flight from Cebu City to China.

Where in the world is Jan Marsalek?

German Wirecard collapsed last week after auditors Ernst & Young raised the issue with a nearly 2 billion Euro hole in financial services provider’s books. The 40-year-old Austrian citizen, Marsalek, who held the position of COO of Wirecard since 2010, was in charge of the company’s Asian operations.

On 18 June 2020, Jan Marsalek along with the entire management team, was fired. Marsalek explained to his colleagues that he was going to the Philippines to chase and find the missing billions, in order to prove his innocence—only to go missing himself later that day.

Although there were airline bookings and immigration records that showed he had made his way to Manila on the 23 June and left onward to China, a deeper investigation by the Philippine authorities found that that the trip appeared to have been a distraction tactic, and immigration records had been forged on his behalf. IT was at this point that Marsalek became wanted by German and Austrian authorities on the charges of fraud and embezzlement.

According to a report by investigative journalists from Bellingcat, Der Spiegel, and the Insider on July 18, Marsalek has fled to Minsk, the capital of Belarus. In addition, the collaborative investigation also uncovered Russian immigration records and data kept by Russia’s Federal Security Services (FSB) that suggest that Russia’s security service had a long-standing interest in Marsalek, who used a number of different passports – including a third-country diplomatic passport – to visit Russia dozens of times in the last 15 years. In 2017, it appears that Russia’s security services are likely to have had met with Marsalek in Moscow on one of these trips.

“FSB has complete control over the Russian border service and thus over the centralized Russia-Belarus border database. Therefore any manipulation of data would have to be done at the behest of, or at least with the consent of, the FSB.”

Marsalek being free to traverse these FSB controlled borders undetected does appear to directly indicate collaboration between the former Wirecard COO and Russian Intelligence.

The data shared by Bellingcat shows that he flew to Belarus on June 19th and has not yet left the country.