Cryptocurrency scammers have been capitalizing on Ripple’s success by rolling out a new XRP giveaway initiative that proved to be fraudulent. 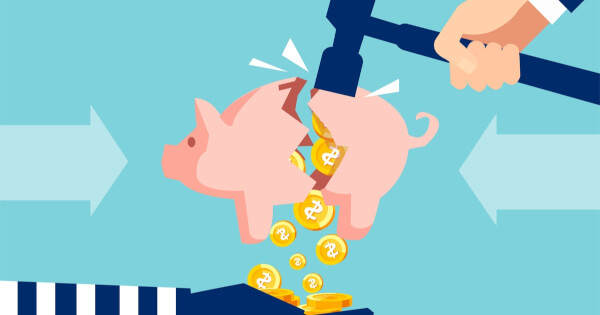 Lately, Ripple’s XRP token has surged to new heights, hitting a two-year high after having sat on the sidelines while other altcoins surged. However, in a week span, XRP has managed to outperform both Bitcoin (BTC) and Ethereum (ETH), recording gains that were more than double its price.

A fake XRP giveaway that was flagged by Ripple blockchain firm recently promoted XRP giveaways as part of a “Community Incentive Programs.” To warn against this, CEO of Ripple Brad Garlinghouse clarified and said:

“Hackers are using IDN (internationalized domain names) homograph attacks (E.g capital I instead of lowercase I in ripple. com, etc) and these websites can stay up for months (despite reporting them)”

How to spot fake cryptocurrency claims

Scammers impersonating Ripple claimed to be giving away free XRP tokens on behalf of the fintech firm’s incentive programs. Per the official Ripple account, the statement warned of these fraudulent cryptocurrency streams. It read:

“Beware of the latest giveaway scam: there is a fake email and fraudulent website circulating offering ‘Community Incentive Programs’ or ‘XRP Incentive Plans.’ Neither Ripple nor any executive of our company, has offered – or ever will offer – free giveaways of digital assets.”

The blockchain firm stipulated that it will never endorse or authorize any XRP giveaways. In order to better help detect scams, Garlinghouse also cited a document from Krebson Security, which specializes in cybersecurity and cybercrime.

The latter indicated that at times, emails that appeared to be legitimate could be redirected to an internationalized domain name, which is simply a transformation of the original domain name. These fake domain names could be associated with phishing and spoofing attacks.

With the rise in popularity and the mainstream adoption of cryptocurrencies, scammers have also used the opportunity to main profits of their own. Previously, Garlinghouse and Ripple’s legal team had filed charges against YouTube, alleging that it played a part in XRP cryptocurrency scams circulating on its content hosting platform.

Additionally, Ripple argued that YouTube benefited from cryptocurrency scams that were streamed on its network, as revenue could be generated from paid ads that auto-played in between video content.