How will the Bitcoin (BTC), XRP and ETH price react should a stimulus agreement be reached by Democrats and Republicans before the November election? 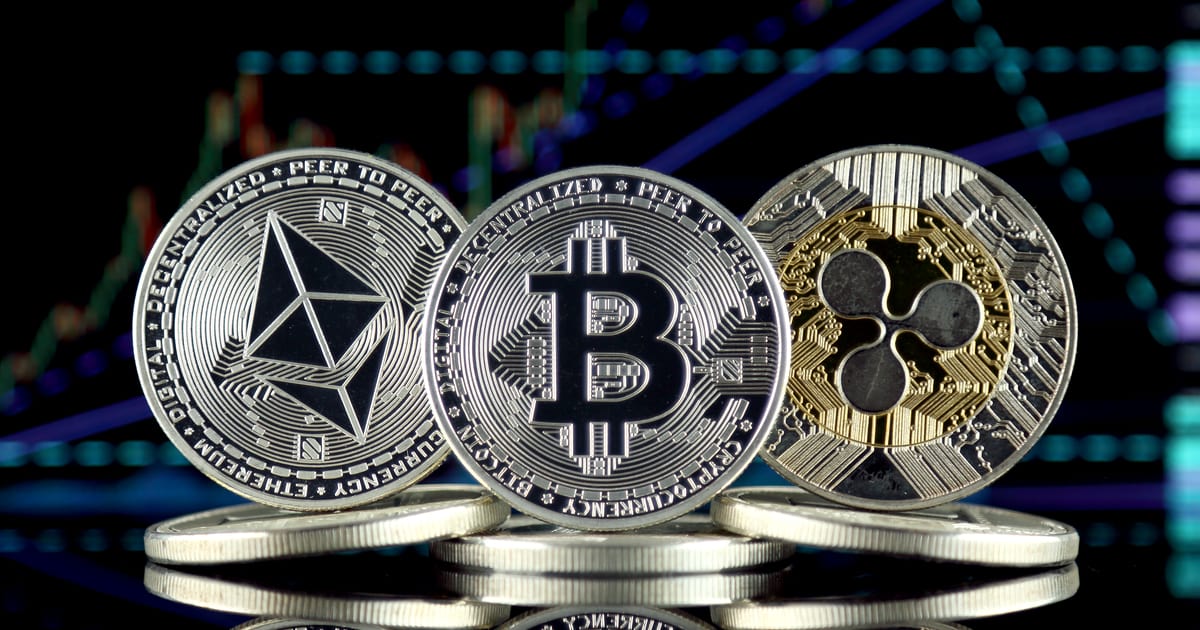 According to the deadline set by House Speaker Nancy Pelosi, today is the last day for both parties to agree on the terms and amount, if the White House hopes to issue another round of stimulus before the US elections next month.

While the benefits Americans will enjoy is dependent on the purchasing power of the United States dollar which may face further inflationary dives weeks after the stimulus checks are delivered, there are other entities who stand to benefit from the issuance of the stimulus checks.

How BTC, ETH, and XRP Are Reacting To The News

There have been a series of speculations that a potential passage of a second coronavirus stimulus bill may spike a bullish run in the price of Bitcoin and for the first time since the last check was delivered back in Q2 2020, a likely closure on the second tranche of the stimulus checks are in view.

As usual, BTC, ETH, and XRP amongst other cryptocurrencies have begun reacting to the news and the technicals support the obvious moves these digital currencies are making in their respective prices.

Bitcoin (BTC) is chiefly the most impacted digital currency as any price movement it records sends an almost corresponding ripple effect down to other currencies. With BTC price surging by about 3% in the past 24 hours, it is currently trailing a leap that if sustained, may result in new highs being smashed in 2020.

BTC gets its trigger from a massive bull action as it is generally known that the issuance of the Nancy Pelosi backed $2.2 trillion relief package or its equivalent based on compromises made by the President and the Republican will only be funded by printing more money, a move that will result in the devaluing of the US Dollar which then makes BTC as well as other hedge assets including gold to look attractive. This appears to be the case and the technicals back it. 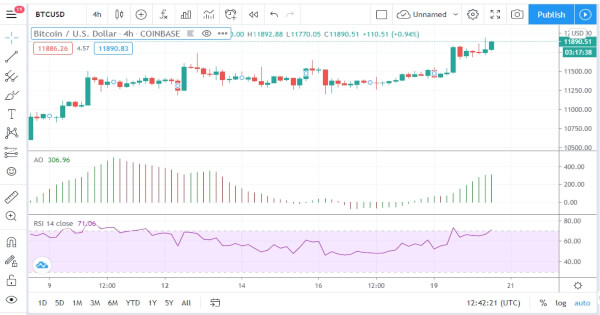 The BTC/USD price chart on Trading View shows an uptrend with BTC breaking past the $11,400 resistance point when viewed on the 4H Chart. The Relative Strength Indicator (RSI) is rapidly surging upwards and at clicks 70.97 at the time of writing, confirming the prevailing power of the market bulls. The Awesome Oscillator as depicted in the chart also helps reveal the bullish momentum BTC price as it tilts upwards away from the Zero Line Cross.

The current market trend in both ETH and XRP is not indicative of a positive reaction to the plausible closure of a coronavirus deal before the election. ETH’s price movement as seen on the chart has been wavy at best since it got rejected in its ambitious bid to break the $390 resistance back on Oct.12th. Currently trading at $369.99, the coin’s indicators shows an overpowering action of the bears but its 0.5% gain the past hour according to Coingecko at pixel time (UTC: 12:56 PM) may signal a bullish run in mimic of that of BTC.

XRP has tasted more losses in the past week with losses compounded by 1.6% in the past 24 hours at the time of writing. The volatility in cryptocurrencies may however cause the bulls to hijack the bears before the XRP price plunges below the next support fixed at $0.23997.

Institutional investors continue to be a massive influence on the price of BTC as firms continue to go bullish on Bitcoin. Square, with Jack Dorsey as the CEO, recently announced it has purchased approximately 4,709 bitcoins worth $50 million and recent Skew data shows that Institutional investors going long on BTC futures are at the all-time high. This suggests that most investors are bullish on the long term price of BTC, a move that has a higher guarantee if the stimulus checks are eventually delivered.