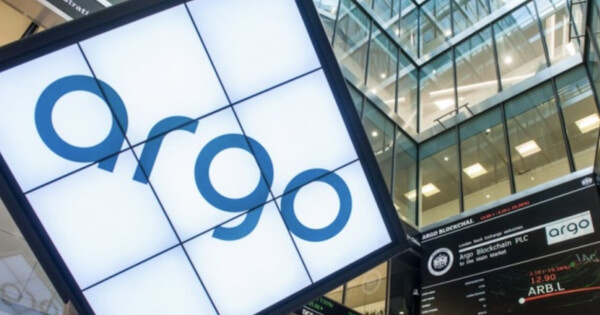 According to the company's filings with the London Stock Exchange, The first phase of development of Helios will utilize 200 MW of power generation capacity, and Argo’s hash rate will increase by 243% and is expected to reach 5.5 EH/s by the end of 2022.

Per the filing, Helios also has up to 600 MW of additional generating capacity, enabling Argo's operations to grow significantly to more than 20 EH/s.

Argo Blockchain has been making an emphatic move into the North American market in the past few years, citing the cheap and renewable energy sources available in various areas in the region.

Argo Blockchain has signed a partnership agreement with Core Scientific, and the two parties will exchange their respective bitcoin mining machines in the coming months.

The installation of the Bitmain S19J Pro mining rig has already started and will continue until July.

Argo Blockchain had been building out the data centre in Texas, drawing on support through a short-term loan of $20 million it secured from Galaxy Digital back in June last year.