As a change of tune about crypto assets, the Central Bank of Kenya (CBK), Kenya’s apex bank, seeks to ask for public opinion about the potential introduction of a central bank digital currency (CBDC). 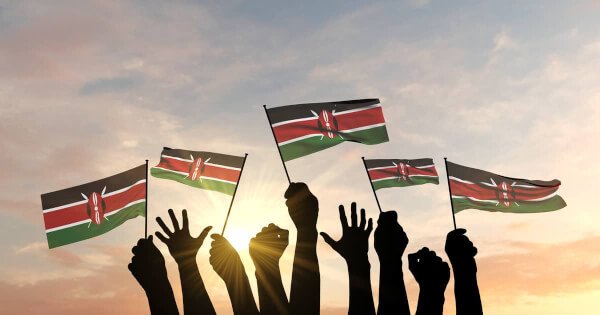 As one of the pioneers of mobile money payment through Safaricom’s M-Pesa in 2007, Kenya is weighing its options concerning setting foot in the CBDC space.

In a statement, the CBK noted:

“The balance of risks and benefits of central bank digital currency will vary from one economy to another.”

The bank acknowledged some of the benefits rendered by a CBDC, including minimizing cross-border payment costs and offering financial inclusion to those limited by technological knowledge or infrastructure.

Once to roll out the plan, CBDC is expected to drive the financial inclusion of at least 1.7 billion people left out of the banking system.

On the other hand, the CBK cautioned about potential risks triggered by CBDCs. That could be included hindering the effectiveness of the monetary policy by opening doors to money laundering and constraining commercial banks.

For a CBDC to work, the bank noted that regional cooperation could shorten the payment cycle by eliminating the multi-layered banking structure.

Similarly, sentiments were recently echoed by the Bank of Japan (BOJ) governor that joining hands with Europe and the United States was crucial in the issuance of a central bank digital currency. Meanwhile, Tanzania is already setting the ball rolling in the East African region because its CBDC rollout is in high gear.

CBDCs are digital assets backed by central banks and pegged to a real-world asset meaning that they represent a claim against the bank just the way banknotes work. Moreover, central banks will have full control of CBDC supply.