President-elect Joe Biden is considering Gary Gensler, the former Commodity Futures Trading Commission chairman, to become Deputy Treasury Secretary. Gensler has a crypto-friendly history and notably defined Bitcoin as a catalyst for change while his colleagues dismissed the cryptocurrency as a Ponzi Scheme. 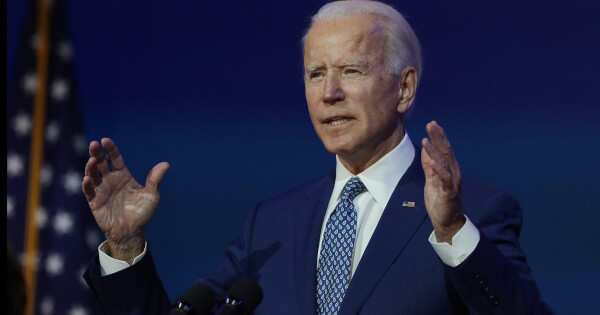 Biden’s transition team is fast being filled with alumni from key federal agencies to prepare policies and staff for the new administration. President-elect Joe Biden is currently considering Gary Gensler, former Commodity Futures Trading Commission Chairman (CFTC) under Obama, to be the Deputy Treasury Secretary.  Gensler’s selection to rein in Wall Street is set to bear fruits because he understands that world, having spent almost 20 years at Goldman Sachs in the 80s and 90s before he joined the Clinton administration as Assistant Secretary of the Treasury. Biden’s move to add Gensler to his roster indicates that pro-cryptocurrency regulation could be on the cards.

Gensler is currently leading Biden’s transition agency review team that is reviewing the Federal Reserve and securities and banking regulators. Gensler would report to Janet Yellen, the former Federal Reserve Chairperson, who Biden is reportedly set to select as Treasury Secretary. Despite her past warning against Bitcoin, Yellen has shown an interest in blockchain technology. The crypto community has even welcomed Yellen’s selection as Treasury Secretary.

Gensler served under President Obama’s administration as a key financial regulator (CFTC chairman) who assisted in spearheading new rules after the 2008 financial crisis. He also served during the Clinton administration in the Treasury Department.

Gensler was a professor at MIT Sloan School of Management, teaching a course about how blockchain and bitcoin could be used in finance. In 2018, he testified before Congress about blockchain and cryptocurrencies on several occasions, advocating against comparisons between Ponzi schemes and cryptocurrencies and saying that the much-awaited Libra cryptocurrency met the requirements of being security under the U.S law. In December 2019, Gensler called Bitcoin a “catalyst for change,” despite being prone to manipulation and scams. He further said that blockchain and crypto assets have already promoted real change.

Biden Administration Seen as A Good Thing for Cryptocurrencies

As Biden is set to become the U.S president in January next year, the crypto community is optimistic that the new White House would have a friendlier tone toward cryptocurrencies than what Trump’s administration did. Trump previously declared that he’s “not a fan of Bitcoin and other cryptocurrencies” and he even hired other crypto skeptics like Treasury Secretary Steven Mnuchin.

Although Biden’s team has not clarified how its administration would feel about crypto assets, the involvement of crypto-minded advisers like Gary Gensler is a positive indication and hope in the crypto world. Gensler understands blockchain and cryptocurrencies and can put the right team of regulators together that would be willing to work together towards advancing crypto policies.