Bitcoin Cash (BCH) advocate Roger Ver recently took to Twitter to share a video of a Hong Kong vending machine which accepts BCH and Ether as payment options but not Bitcoin. 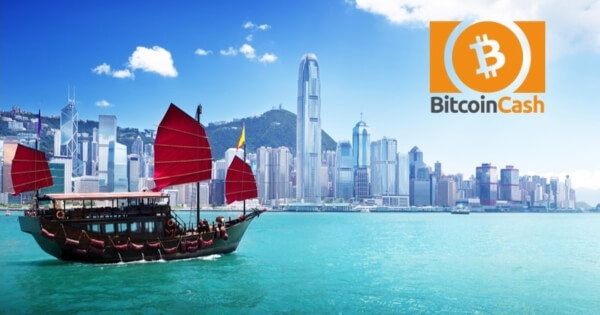 In the video, Ver pointed to Bitcoin’s high fees and congested network as the reason it was likely omitted from the payment options. However, YouTube Bitcoin influencer Tone Vays and trader Willy Woo responded tweeting that it’s more likely Ver paid for Bitcoin’s exclusion.

Why do these HK vending machines accept #BitcoinCash and #Ethereum but not #Bitcoin? pic.twitter.com/NosqL8ZVgP

Roger Ver posted the video above of the Hong Kong vending machine transacting a BCH payment. He explained, “You’ll notice there’s Bitcoin Cash, Ethereum, Binance Coin and some other ones, but there is no Bitcoin at all because it's been broken."

Ver has been outspoken on the topic of fees and network speeds in Bitcoin and believes Bitcoin Cash to be a purer version of Satoshi Nakamoto’s original vision of the cryptocurrency. He has also very adamantly disapproved of the efforts of those seeking to solve Bitcoin's scaling issue by other means than larger blocks on the Bitcoin blockchain—which developers of the Lightning and Liquid Networks have called a dead end.

Ver’s frustrations at the advocates of the Lightning Network—Bitcoin’s most notable scaling solution—came to the forefront at Deconomy 2018 during his famous Bitcoin scaling debate with Blockstream's Samson Mow. Ver's main arguement is that Bitcoin is not close enough to a practical digital cash and should be a payment system on its own, while Mow argues that Bitcoin is actually meant to be a settlement system to build scalable payment solutions upon.

Another popular crypto trader, Willy Woo admitted that his first inclination was to agree with Vays’ assessment. Woo claimed it was common for “lower tier altcoins to pay to get access to ATMS” and thinks the video raises red flags on centralization of the crypto space.

This was my first thought also, it's common practice for lower tier altcoins to pay to get access to ATMs, which begs the question of how centralised these projects are.