Gemini Co-Founder Winklevoss Thinks BTC Is Set For Its Next Bull Run, With the Fed's Money Printing

Co-founder and CEO of Gemini crypto exchange Tyler Winklevoss thinks that the US Federal Reserve’s economic stimulus strategy would positively impact Bitcoin and its pricing on the crypto market. 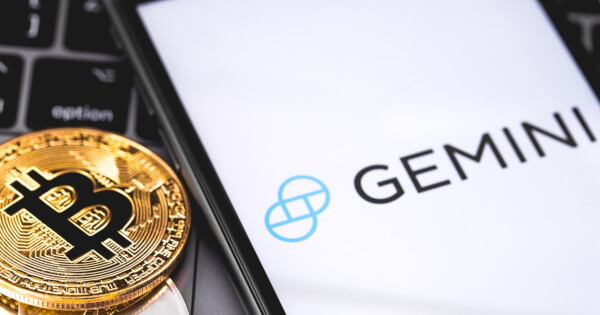 Winklevoss Likes That the US is Printing Money

On July 22, the Bitcoin investor tweeted on his social platform:

“The Fed continues to set the stage for bitcoin’s next bull run.”

He referred to the Federal Reserve’s ongoing search for a key strategy that would help in salvaging the economic repercussions caused by the pandemic and the solutions that the US have been considering.

The Winklevoss twin thinks that with the Federal Reserve printing money in the goal of delivering an economic stimulus package, this financial phenomenon only means good things for Bitcoin (BTC). In fact, Winklevoss thinks that the more the Federal Reserve prints fiat, the more it will drive up the price of BTC on the crypto market. Also, with the current economic turmoil, investors will be more motivated with looking at Bitcoins as an alternative investment solution, in comparison with traditional mainstream markets and fiat dollars.

COVID-19: A Puzzle US Economists Are Working On

In light of the pandemic, the United States government has been scrambling to figure out when to roll out stimulus checks and what the best stimulus package would be. Economists have long used alphabets like V and U when describing successful economic recoveries. However, with the pandemic downturn being truly a one-of-a-kind case scenario, economists are now saying that they may need to use new shapes to illustrate the potential recovery process.

Despite all the frenzy caused by COVID-19 and the worldwide economy taking a huge hit, Tyler Winklevoss puts a positive spin to things. The philanthropist tweeted:

Tesla CEO Not with Winklevoss On Stimulus Money

Not everyone shares the Gemini co-founder's positive views, however. Elon Musk, though claiming to own a bit of Bitcoin himself, did not publicly comment regarding the parallel between Bitcoin and US central bank’s stimulus support strategy.

The Tesla CEO however did appear on Joe Rogan’s podcast channel earlier this year and shared his two cents regarding the US’ strategy for stimulus money printing. Musk reasoned that given the fact that the US is endlessly printing stimulus money to give back to Americans and small businesses operating in the country during the lockdown, the American population might start taking the stimulus situation for granted and view the government as an endless source of financial support.

In that sense, he fears that key considerations resulting from the pandemic, such as loss in production and rising unemployment, may not be taken seriously at all and may occupy a backseat role.

Federal Reserve officials are planning on moving forward with the economic stimulus, and they are expected to discuss policies pertaining to the topic next week. However, they have expressed their flexibility in leaving the economic policy on hold, as they are still constantly uncovering new information about COVID-19's impact on the US economy.