Coinbase cryptocurrency exchange is officially going to be listed on NASDAQ as a publicly-traded company. 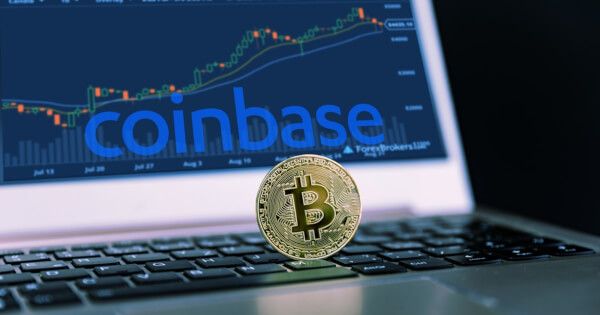 Through the Form S-1, the company has revealed important details related to its finances, ahead of Coinbase shares being released into the market. Coinbase expressed via its Form S-1 statement that it intends to list its Class A common stock on Nasdaq under the ticker symbol “COIN.”

Coinbase’s filing with the SEC for a direct public listing via a registration statement on Form S-1 was previously confidential and only disclosed to the SEC. However, it has now been made public, with the Securities and Exchange Commission publishing it. This indicates that Coinbase’s move to become a publicly listed company is going to be an eventuality.

The crypto exchange has been attempting to go public for a while, and its intentions to do so was made known seven months ago. With the publication now however, an overview of Coinbase’s financial performance and how it intends to use its funds has now been revealed.

The filing enclosed details on how the company performed in 2020. Coinbase did surprisingly well, in part thanks to the surge in price of Bitcoin. Coinbase generated $1.2 billion in revenue in 2020, ending the year with a profit of $322 million. This was the first time the company has turned an annual profit. Although it managed to generate a net income of $322 million in 2020, Coinbase disclosed that it incurred a loss of $30.4 million in 2019.

Additionally, the filing reported that 43 million verified users were registered to Coinbase at the end of 2020. On a monthly basis, 2.8 million transactions were processed, and Coinbase’s asset under management (AUM) came up to a total of $90 billion. In its life span as a cryptocurrency exchange, Coinbase has handled $456 billion worth of transactions.

Coinbase revealed that since 2012, when it was founded, the company has been putting cryptocurrencies on its balance sheet. It intends to continue doing so, despite the volatility of cryptocurrencies being pinpointed as a potential risk factor. The filing read:

“All of our sources of revenue are dependent on crypto assets and the broader cryptoeconomy. There is no assurance that any supported crypto asset will maintain its value or that there will be meaningful levels of trading activities. In the event that the price of crypto assets or the demand for trading crypto assets decline, our busines, operating results, and financial condition would be adversely affected.”