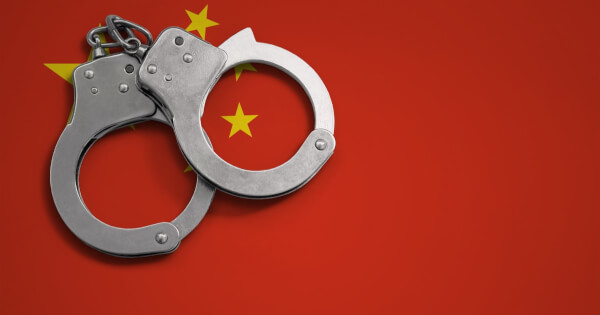 According to the announcement by local outlet CLS on July 30, two million people with at least 3,000 hierarchies were involved, and it was the first online Bitcoin pyramid scheme to be flagged down by Chinese security organizations.

Apart from the 27 masterminds arrested, 82 key members involved in the case were also nabbed as reported by the Ministry of Public Security.

As per the announcement, “The public security organization has opened a case to investigate the "Plus Token platform" network pyramid scheme, and successively absconded all 27 major criminal suspects and 82 key members of the case.”

Scams continue wreaking havoc in the crypto space as victims lose vast amounts of money. For instance, a Romanian programmer recently confessed to helping create Bitclub Network, a Bitcoin mining Ponzi scheme that siphoned off funds valued at $722 million. Scammers have gone a notch higher to impersonating high-profile figures like Bill Gates and Elon Musk, as witnessed in the Twitter hack that involved Bitcoin.

The Plus Token Ponzi scheme was not any different as it was a multinational pyramid network that was entrenched on Chinese soil and abroad. It caused a wide-ranging panic in June 2019, after some Korean and Chinese investors could not withdraw Bitcoin funds from their wallets. However, this issue was dismissed as a mere hacker attack.

The Chinese authorities view the Plus Token masterminds’ arrest as a great stride in cracking down crypto Ponzi schemes. The first breakthrough was made in August 2019 after six suspects linked to this scam were seized. Nevertheless, the 27 kingpins arrested were still on the run.

There seems to be light at the end of the tunnel when tackling crypto scams as cryptocurrency intelligence company CipherTrace recently unveiled a predictive risk-scoring mechanism to mitigate crypto theft and hacks.