Ark Investment Management LLC purchased $246 million worth of Coinbase shares on the crypto exchange’s Nasdaq debut on Wednesday, April 14 and sold some of its Tesla (TSLA) stock. 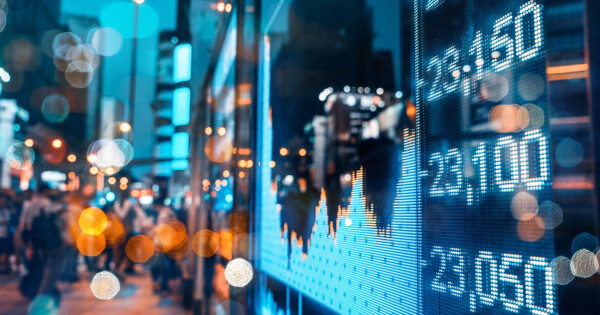 The firm bought $168 million worth of Coinbase shares for its ARK Innovation fund, while the remaining investments went into its fintech innovation and next-generation funds.

On Wednesday, Coinbase shares listed at $381 and hit a high of almost $430 before closing down at around $328 during that day. On Thursday’s close, Coinbase shares were trading slightly down in pre-market hours at about $319 per share.

Based on Thursday’s close, Coinbase’s valuation stands at around $84 billion, for its fully diluted capitalization of 261.3 million shares.

The move to purchase Coinbase shares gives ARK more indirect exposure to cryptocurrencies on top of its big bet on the likes of Tesla, which recently invested in Bitcoin and stated that it would accept it as a payment for its cars.

Although ARK sold Tesla shares worth about $178 million, the stock is still by far the biggest position by value on its major funds.

Cathie Wood, the founder and CEO of ARK Investment Management LLC, is a big champion of Bitcoin and recently said that the growth of crypto assets will “gut” traditional banks. Wood views cryptocurrencies as a substitute for cash and as part of the solution to the dying the 60/40 stock/bond allocation in balanced portfolios.

Wood recently said that Bitcoin and other crypto assets could eventually become part of the recommended portfolio for every investor, which is 60% in stocks and 40% in fixed income.

According to Wood, Bitcoin has multiple uses. Besides serving as a substitute for bonds and cash, Bitcoin is also a substitute for gold, which has failed to rise just like the dollar has declined. She believes that institutions can use Bitcoin instead of cash as a hedge against unhinged monetary policy.

Earlier this year, Tesla converted part of its balance sheet cash into Bitcoin. Other firms have also increasingly embraced cryptocurrency, either by buying the assets or supporting crypto payments.