Bitcoin Mining Are Thriving with Cheap Electricity in Argentina


While the cryptocurrency market experiences a bloodbath globally recently, Bitcoin miners in Argentina thrive as they take advantage of complex energy policies. 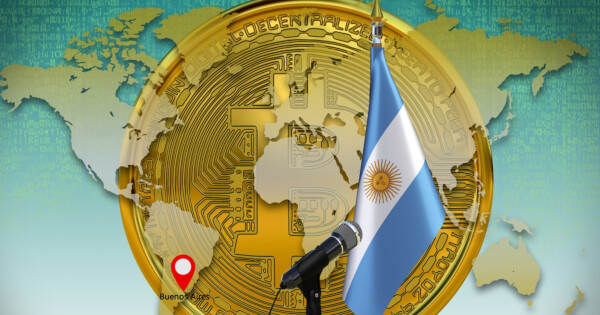 In Argentina, Miners are thriving due to serval factors like rampant inflation, energy subsidies, and currency controls. In other words, the rise of capital controls and ultra-low utility rates are helping crypto miners to make profits in the country.

Cryptocurrencies have long been considered a way for locals to hedge against cyclical economic crises in Argentina, including repeat currency devaluations, hyperinflation, defaults, and a three-year recession worsened by the COVID-19 pandemic.

Bitcoin miners are reaping benefits from the nation’s longstanding residential electricity subsidies. Besides cheap electricity, the returns of foreign exchange controls have given local citizens who are banned from purchasing dollars even more incentives to conduct crypto mining activities.

In Argentina, consumer electricity bills are only around 2% to 3% of an average monthly income, compared to about twice that in other Latin American markets such as Chile, Colombia, or Brazil.

“The crypto that miners generate is typically sold at the parallel exchange rate, but the energy is paid for at a subsidized rate. At the moment, revenues are very high,” crypto expert Nicolás Bourbon said.

As a result, international mining companies are seeing huge opportunities in Argentina. Canada’s Bitfarms mining firm plans to establish what is considered to be the largest mining operations in South America, a part of a flourishing cryptocurrency business region in Argentina.

“We were looking for places that have overbuilt their electrical generation systems. Economic activity in Argentina is down, and power is not being fully utilized. So, it was a win-win situation,” Bitfarms President Geoffrey Morphy stated in an interview.

Despite Bitcoin’s volatility, mining in Argentina will nearly remain profitable for miners as long as the government is subsidizing the electricity bill.

“Miners know the subsidies are ridiculous. They simply take advantage of it,” Bourbon said.

However, families which rushing to purchase mining equipment to mine Bitcoin might not make it because the upfront costs can be prohibitive than some expect. Even if energy is cheap in Argentina, not everyone is going to see profit overnights. Mining power is considered a key factor in calculating the benefits of mining in the country.

Argentina’s deflating currency, high inflation, economic downturn, and a shortage of US dollars to invest in are factors attributed to influence locals to invest in cryptocurrencies. Argentines have been putting their money into Bitcoin, Ether, Tether and Dai, as they consider these virtual currencies a haven for them to hedge from economic crises.

Currently, there are an estimated two million cryptocurrency trading accounts in the nation of 45 million people.

Recent research shows that the local unemployment rate up to 11%, and poverty haunts two in five people.

Cryptocurrencies, therefore, provide relief from low-interest rates and a government-imposed limit on greenback purchases of $200 per month in a population accustomed to dollarizing savings.

Argentina Adopts Blockchain Technology for Traceability in the Citrus Industry