Kanye West dropped a bomb on social media on July 4—American Independence Day—and indicated his intentions to run for President in the 2020 US Elections. This is exciting news for Bitcoin (BTC), as Kanye has publicly expressed his support for the cryptocurrency. 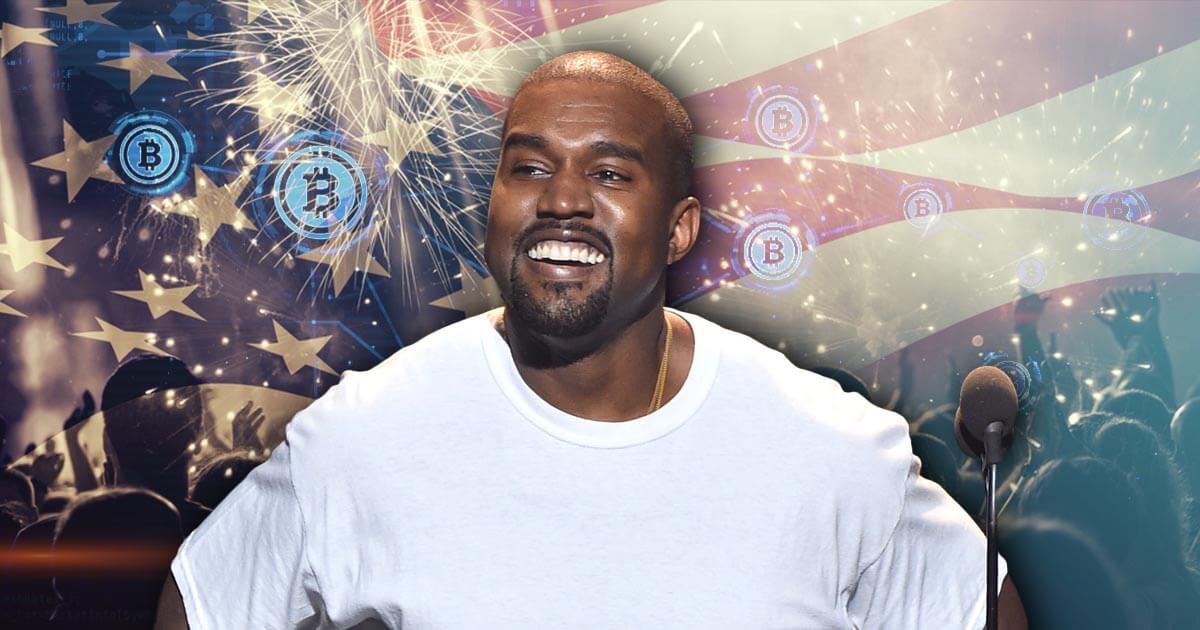 “We must now realize the promise of America by trusting God, unifying our vision and building our future. I am running for president of the United States! #2020 vision.”

Kanye, one of the world's most influential musicians has been very vocal on his support for Bitcoin and the crypto industry. He told TMZ that he would like to see the blockchain industry evolve. Kanye tweeted the word “decentralize” on his social media platform, advocating for Bitcoin usage and expressing his desire to see the BTC cryptocurrency replace traditional American dollar bills.

Backing Kanye West’s announced run for president is the eccentric billionaire and Tesla CEO Elon Musk, who tweeted out in support of Kanye’s post.

Elon Musk, one of the biggest names in the technology industry and the 31st richest in the world by Forbes (2020), is a friend of Kanye’s. Musk is quite influential in the crypto community and has on several occasions expressed his stance on cryptocurrencies such as Bitcoin.

Musk has also expressed a distaste for the monetary policies of the Federal Reserve. He recently appeared on the Joe Rogan Experience Podcast and said that the way the US planned on handling the inflation caused by the coronavirus pandemic was inefficient, as their stimulus packages were not the best solution.

The SpaceX creator recognizes Bitcoin (BTC)’s advantages and thinks that BTC founder Satoshi Nakamoto’s whitepaper was “pretty clever.”  Musk also states that though crypto supporters may not want to hear this, Bitcoin may be a bridge between the black market and the legal economy. In his opinion, as cash is becoming increasingly hard to use, Bitcoin might take over in replacing it and in furthering the economy.