Israel has already carried out a pilot test and is seriously considering implementing a CBDC of digital Shekel. 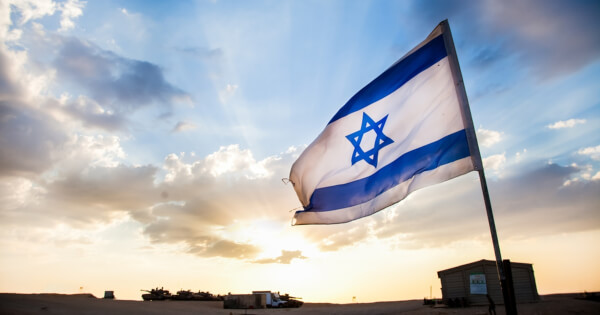 In a recent conference of the Fair Value Forum of IDC Herzliya, the deputy governor of the Bank of Israel, Andrew Abir, said that the central bank has already conducted a digital currency pilot.

Abir stated that the bank concerned the most about staying on top of emerging global trends. The deputy governor said that the payment system in Israeli is lagging behind other nations.

However, Abri clarified that the objective of implementing CDBC is not going to eliminate local banks.

“No central bank will introduce a digital currency for this purpose. The banks will still have an important part in the entire payment system,” he said.

He further clarified that the CBDC would not be designed to protect against Bitcoin, stating that a central bank's digital currency is a payment system. “Bitcoin is not a payment system, and it is not a currency. It is a financial asset in the best situation, and in the worst case, it is a pyramid scam,” Abir said.

In 2017, the Bank of Israel discussed the concept of issuing a central bank digital currency but later decided to accelerate its research and preparation efforts to issue the coin.

In the previous year, he stated that the central bank has begun to close the gap with the distribution of the infrastructure that allows contactless payment and entry of digital wallet.

Last month, the Bank of Israel stated that it was developing a strategic plan for offering a digital currency.

“The option for a CBDC is still being examined, and when we made our statement last month,” Abir said.

The crypto world is undergoing a period of rapid progression as firms and governments worldwide focus on how they can leverage the technology for maximum returns.

Last week, the G7 said that it is working on a common CBDC standard for central banks to issue their digital currencies.

The European Central Bank (ECB) recently stated that nations that decide not to launch a central bank digital currency could be left out of the loop to cross border payments.

In March, Jerome Powel, the US Federal Reserve chairman, clarified that the Fed’s current exploration of CBDCs was not motivated by cryptocurrencies and stablecoins. Powel’s comments about cryptocurrencies came as a response to whether CBDCs are a reaction to the financial stability implications of innovations like Bitcoin.

Last week, El Salvador became the first nation to accept Bitcoin as legal tender alongside the US dollar because the leading cryptocurrency offers greater advantages and flexibility than traditional currencies.