The Bank of England, the UK’s central bank will work with Accenture to build and develop a new innovative world-class payment service. 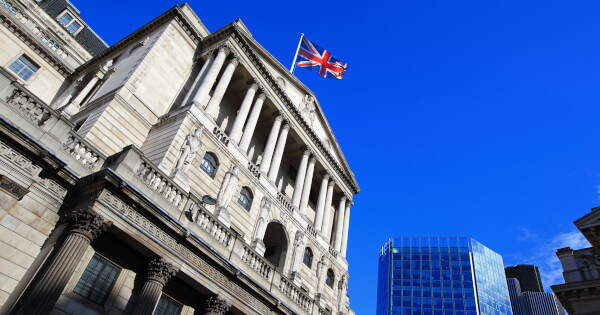 The Bank of England has announced that it has hired Accenture IT consulting firm to overhaul part of the UK’s payment infrastructure, in a contract worth over £150 million ($195 million). This follows a public procurement that started in February 2019.

Accenture will renew the RTGS (real-time gross settlement) service to support innovation and resilience in payments and settlements in the UK. The RTGS renewal program include integrating and building the new RTGS platform, improving data access, and offering a service that would support the financial service sector and its customers in the years to come.

The RTGS service is the infrastructure, which holds accounts for various institutions, building societies, and banks delivering final and risk-settlement. The RTGS currently handles £685 billion worth of transactions each day between large financial institutions. The service, therefore, plays a critical role in the UK economy.

The renewed RTGS service is set to be designed to respond to the changing structure of the financial system, ensure resilience in the heart of the service, give access to a wider number of companies, offer improved functionality and wider interoperability, and strengthen end-to-end risk management of Britain’s high-value payment system.

Victoria Cleland, the BoE’s executive director for banking, payment, and innovation, said that the renewal program is the main priority not only for the central bank but also for the wider UK payment industry. She further mentioned that the program would support a resilient financial system, which protects the UK’s monetary and financial stability in the years to come.

The RTGS renewable program is being delivered in multiple transition phases to minimize risks and is expected to begin in 2022 and run until 2025.

The Bank of England Considering to develop CBDC

As part of its commitment to developing a stable, resilient, and diverse payment landscape, the UK’s central bank is reviewing whether it should create a CBDC. Andrew Bailey, BoE governor, recently admitted that a Central Bank Digital Currency would be a reality in the next few years.  However, he did not provide a specific time frame of when the discussions are expected to end. The Bank of England is already part of a group of leading central banks that have collaborated to conduct research on developing their digital currencies. While China is leading, nations like the UK and the US are still at the decision stage.