Exclusive: Why is Everipedia Built on EOS, not on Ethereum?


Wikipedia is the largest online encyclopedia and one of the top 5 websites worldwide in terms of web traffic. While Wikipedia has been dominant in decades, the ecosystem of the encyclopedia is likely to be changed with the advent of blockchain. Everipedia is a wiki-based online encyclopedia which adopts EOS blockchain technology. Besides, a cryptocurrency token called “IQ” is used to encourage the content generation and censorship resistance in Everipedia.

Wikipedia Co-Founder Larry Sanger is happy to embrace the changes in the online encyclopedia with blockchain. Joined Everipedia as Chief Information Officer (CIO) Dec 2017, Larry shares to our readers why Everipedia is built on EOS instead of Ethereum! He also mentioned 4 advantages of blockchain on the encyclopedia, yet efficiencies are not the main advantage! 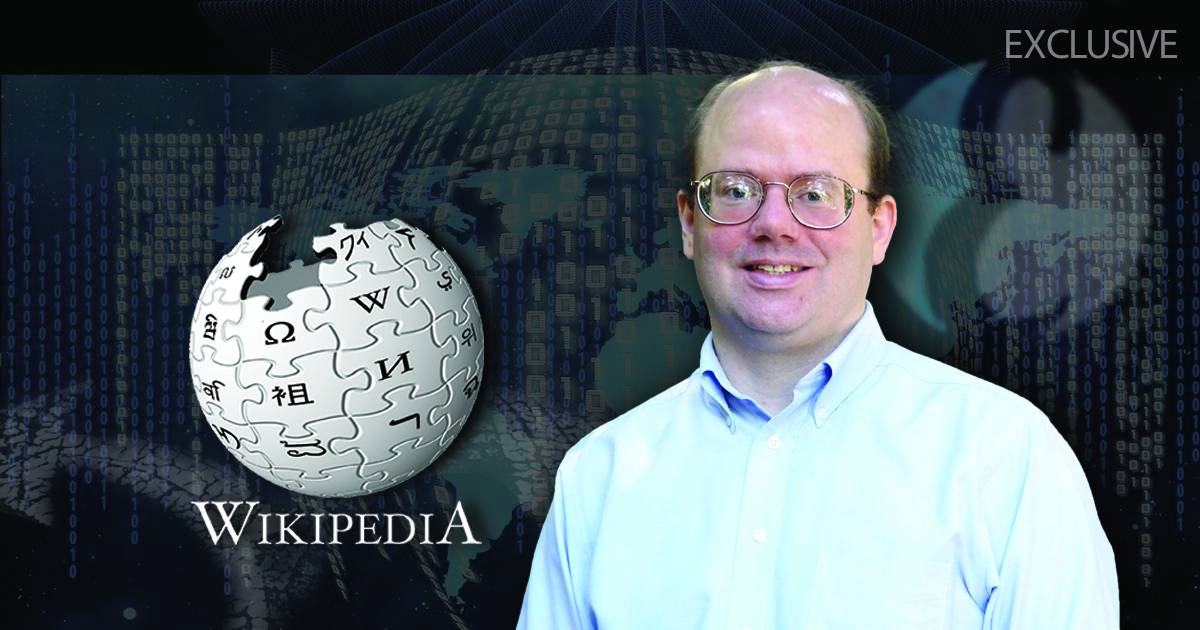 According to Wikipedia, Everipedia is a wiki-based online encyclopedia launched in Jan 2015 as a fork of Wikipedia. As the chief information officer of Everipedia, is this role even more challenging than your co-founder role of Wikipedia?

I'm not sure about the date. The first bits of code were done in late 2014, I'm told. I saw the first version of the site in the spring or summer of 2015, and it had recently come online then. By the way, I'm not a co-founder of Everipedia. I was an informal adviser starting in 2015. I became CIO officially in December of 2017, as a direct result of Everipedia's move to the blockchain.

No, Wikipedia was harder. With Wikipedia, I was the only person doing daily management of the site, and we had one assigned programmer. So almost everything was on me. When I joined Everipedia, there were already over a dozen full-timers and we've doubled that number by now. It's a very different ball game this time around. The Internet startup scene has changed a lot.

Why Everipedia chose to launch on the EOS blockchain instead of Ethereum? Will Everipedia be launched on other blockchain platforms in future?

There are several reasons to build on EOS. We thought EOS was especially well-built for utility tokens used in content production projects, like ours. Say what you will about it, but the EOS TPS is very high--that's what we'll need for frequent edits on an actively-edited wiki. As EOS has a proof-of-stake system, we incorporate staking in our current system as a quality check. The current Everipedia system is based roughly on another project by Dan Larimer, STEEM.

Yes, we have considered launching on other blockchain platforms, but then we've always said that—if EOS turns out to have been the wrong platform, we can make changes.

As an encyclopedia, what are the efficiencies that blockchain can bring to Everipedia as compared to Wikipedia?

Sure blockchain is efficient in lots of ways—theoretically, the more decentralized a system is, the less friction there is, so there are fewer people-based inefficiencies. But I don't think the main advantages of the Everipedia Network are its efficiencies per se.

As we've said many times, there are several big advantages to being on the blockchain:

(1) It incentivizes the socially positive work of writing encyclopedia articles. People who wouldn't work for free on Wikipedia might consider working on Everipedia.

(2) While this applies only to proof-of-stake blockchains, we have a basic layer of democratic oversight in that users must stake something of value (50 IQ most recently) which they could lose if other IQ token holders downvote their contributions. But this doesn't slow down the editing system; it happens after the edits go live on the wiki.

(4) Similarly, being on the blockchain will make it easier to persuade people to rate competing articles, when we develop that system. An encyclopedia article rating system is a potentially very powerful, consequential thing, and rating encyclopedia articles takes a lot of work, so people will have to be persuaded that the project is not in the hands of any one organization. It needs to be governed by a neutral, impersonal, technical protocol. So that's what we're building.