Both chambers of Congress (the House of Representatives and the Senate) will have hearings into the recent activity surrounding stocks (shares) videogame retailer GameStop Corp. and theater chain AMC Entertainment Holdings Inc. Both houses will have a hearing to examine the on-going volatility in the stock markets and assess the situation and review the activities of those involved. 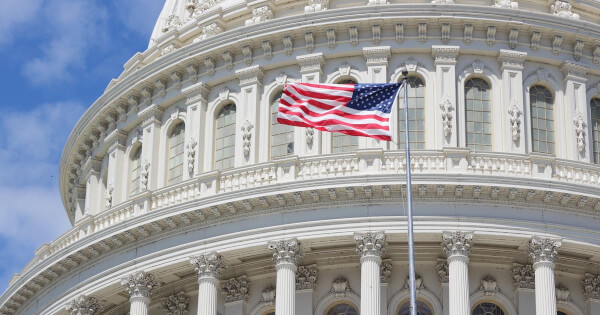 "We must deal with the hedge funds whose unethical conduct directly led to the recent market volatility and we must examine the market in general and how it has been manipulated by hedge funds and their financial partners to benefit themselves while others pay the price.”

GameStop shares increased more than double to $347.51 and have risen more than 400% this week. On the other hand, AMC stocks quadrupled to $19.90 per share. The AMC and GameStop price surge were so extraordinary that trading for both firms was temporarily stopped by the stock exchanges to temper volatility. But when the trading was resumed, the prices took off again. This prompted trading platforms such as Interactive Brokers, TD Ameritrade, Robinhood Markets Inc, and others to impose restrictions on both stocks, citing “an abundance of caution amid unprecedented market conditions.”

Several analysts said that the extraordinary trading does not reflect the financial prospects of the two companies (GameStop and AMC). For example, GameStop, which sells video game software via a network of bricks and mortar retail outlets, lost money in five of the previous six quarters.

GameStop’s stock price has risen dramatically because of the actions of an enthusiastic group of “retail” or individual investors on the subreddit r/WallStreetBets. The Reddit users pushed the stock up from $20 on January 11 to a staggering high of 146.97. However, with Reddit users acting in anonymity, there is no way of knowing where messages touting GameStop come from scam artists or ordinary individuals executing a “pump-and-dump” stock scheme. Both chambers of Congress will therefore have hearings to probe the recent market instability associated with the Reddit-fueled GameStop trading saga.

The GameStop Scenario Reflects the Need for Decentralized Bitcoin

This week, the subreddit has been trending and making headlines as an army of retail investors who discovered that Wall Street’s institutional investors were short-selling shares of GameStop, betting that the company will fail (known as shorting). The members of the subreddit bought the stock in high quantities, thus causing a snowball effect that compelled the shorters to chase after the price and buy back at a higher price to attempt and cut their losses, thus pushing the price higher and higher. Such a phenomenon is called “short squeeze.”

The GameStop incident has significant similarities to the core motivations and events taking in the cryptocurrency landscape.

Seeing Wall street suits crying is interesting because they got outplayed at their own game by a group of “dumb” people on the internet. The incident has shown that the good people at the subreddit are future Bitcoiners because they will want to opt into Bitcoin without hesitation. Such kind of “short squeeze” has demonstrated that they want a fair, free, and open market where the big guys don’t have an advantage over the small guys. They want justice to be brought to the unethical big guys who run our financial system.

Since the Federal Reserve was established in 1913, the average persons have been disadvantaged because the game was rigged against them. For many years, Wall Street has been manipulating the market to bar ordinary people from making lots of money while the big fish reap huge gains. Wall Street does not want a truly free market to trade because they want a one-sided thing that benefits them. But Bitcoin provides a completely different reality as it is the only true, open, free-market in the entire world and demonstrates advantages over the traditional financial system. In the crypto world, there is no Wall Street taking advantage of ordinary people but instead represents a much freer and democratized playing field.