Some crypto pundits believe that Ethereum could knock Bitcoin off from its first position and eventually become the first largest cryptocurrency market cap. 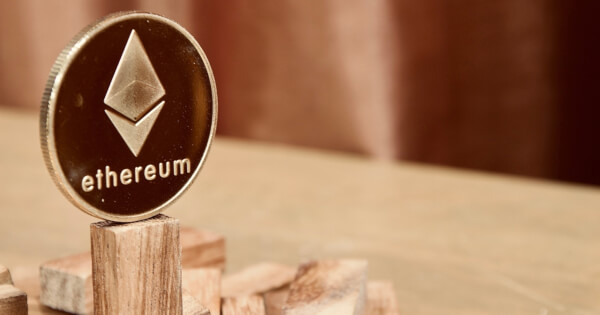 However, the Ethereum network has been facing serious issues that needed urgent solutions. In May, the average transaction fees on the network soared above $70, thus making the crypto unsuitable for daily retail use.

The update is expected to occur on August 4. The event will begin Ether’s transition from proof-of-work to proof-of-stake, a less energy-intensive consensus mechanism for transaction validations.

Konstantin Anissimov, Executive Director at CEX.IO, talked about the development and stated that the London hard fork could significantly change Ethereum's price and adoption. He further explained that the hard fork is anticipated to make Ether less inflationary and help prepare the launch of Ethereum 2.0 in time to come.

"In my opinion, Ethereum will recover to $2,300~$2,500 in the lead up to the hard fork and surpass $3,000 in evaluation by the end of August, provided we do not see drastic governmental intervention in the form of cryptocurrency bans or hard-hitting rules and regulations,"

Although Giacomo Arcaro, an entrepreneur at Growth Hacker, said that Ether’s value could rise in case the hard fork proves itself to be valuable, he cautioned that "It’s also possible that this shift is effectively already 'priced in."

Adam Todd, Founder and CEO of Blockster, said that industry experts expect the London hard fork update to see about 20% to 30% ETH’s transaction fees reduction. He, however, had a different view, saying that a reduction in Ethereum transaction fees would not materialise so much, especially “when peak volumes go through.”

“Those betting on substantial fee cuts or an ETH price hike will likely end up disappointed,"

The London hard fork is part of the crypto’s final stages before the release of Ethereum 2.0. The launch of the London hard folk faced delays, and its previous release date this month was rescheduled to take place on August 4.

Ethereum As Global Blockchain Of Choice

Ethereum has attracted several global financial institutions because it remains the gold standard for blockchain-based and smart contract applications.  If institutional investors release that the London hard fork positively impacts Ethereum’s long-term evolution, then the crypto asset price would rise.

The London upgrade is a long-awaited update in quite some time and will follow the recently implemented Berlin hard fork. The London hard fork is planned to complement the Ethereum 2.0 transition, changing the Ethereum chain from proof-of-work to proof-of-stake.

The biggest changes being introduced to the Ethereum blockchain include five Ethereum Improvement Protocols (EIPs), majorly EIP-1559, EIP-3554, and EIP-1559. Of course, EIP-1559 is poised to change Ethereum’s transaction fee rate to a new scheme that makes the cryptocurrency deflationary.