Hodling Bitcoin is the Trend Once Again, according to Santiment


Bitcoin (BTC) has been on a mission to breach the all-time high (ATH) price of $41,500 it set recently. Nevertheless, it has been falling short of this objective because profit-taking tendencies by some investors have been pushing BTC downwards, as evidenced by its current price of $35,585 at the time of writing. 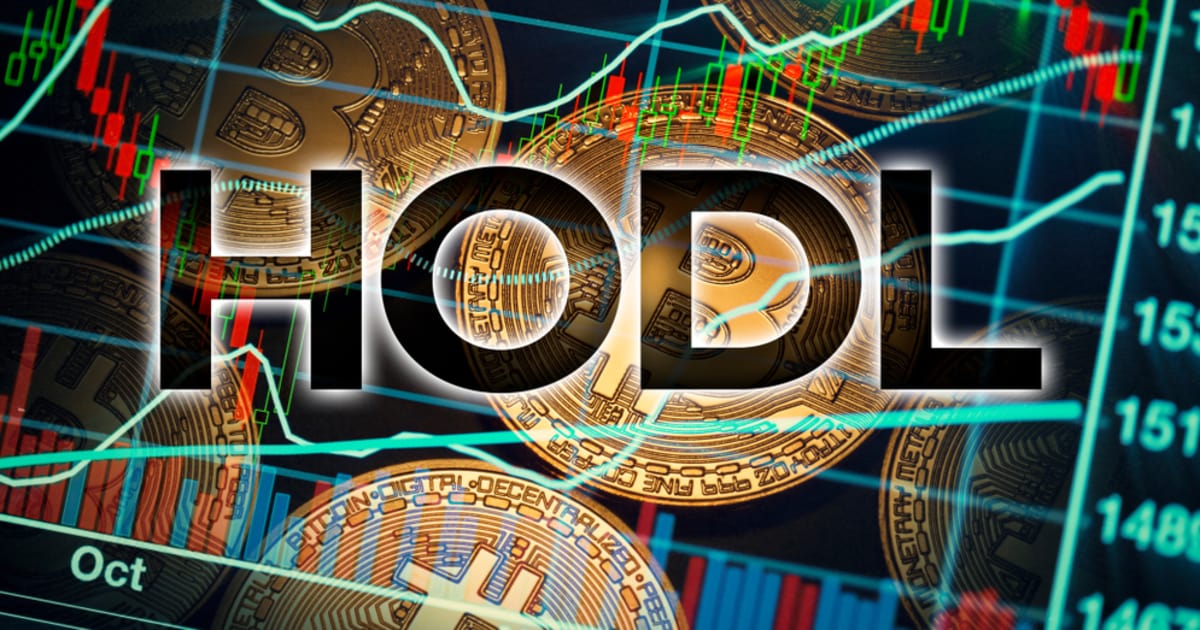 New data by Santiment reveals that dormant Bitcoin has been on the rise as the hodling culture comes to play. The on-chain data provider acknowledged:

"Hodling Bitcoin is becoming the trending strategy once again, after all-time highs were made repeatedly the past couple months. Dormant coins that were being moved during the sharp rise above $40k are now... back to being dormant." 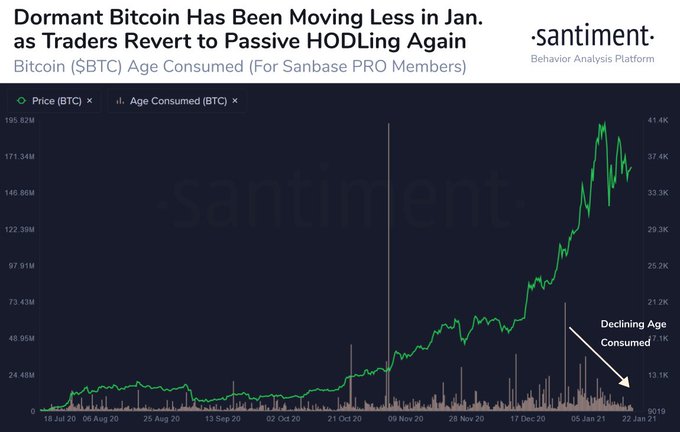 Hodling usually shows confidence on the part of investors as they await a price increase in the near future. Some crypto analysts like Michael van de Poppe have been serious advocates about holding Bitcoin because its price is still skewed upwards above the then ATH of $20,000 set in December 2017.

Even though Bitcoin’s market is in a consolidation mood after suffering a huge correction from around $40,000 to $30,000 last week and presently moving sideways around $35,000, it continues being a force to be reckoned with in the crypto space. Together with Ethereum, which breached its ATH price of $1,400 on Jan 19, they are outperforming other Layer 1 (L1) blockchains, according to CoinMetrics. The crypto-asset platform disclosed:

“Since the beginning of Dec. 2020 BTC and ETH have outperformed most other Layer 1 (L1) blockchains. Many of the assets that were launched as competitors to either Ethereum or Bitcoin have not been able to keep up during the current rally.” 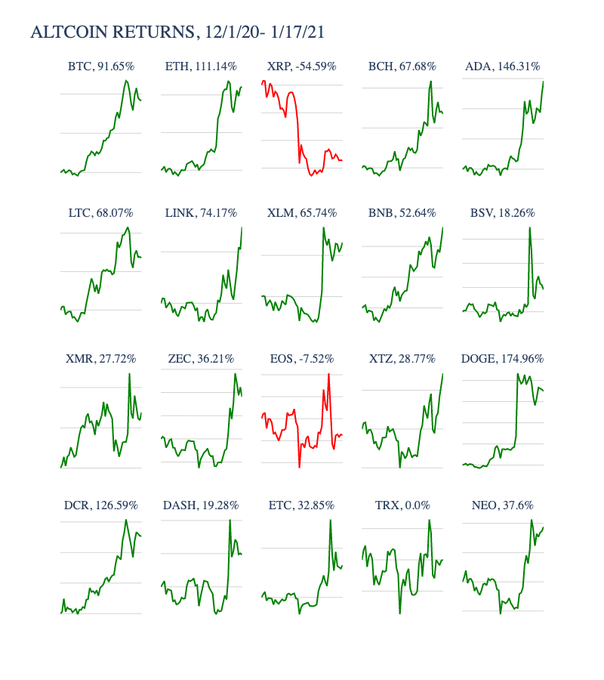