Over the past week, Bitcoin's brief drop to the $28K level, triggered by a series of intensified crackdowns on crypto mining from Chinese authorities. 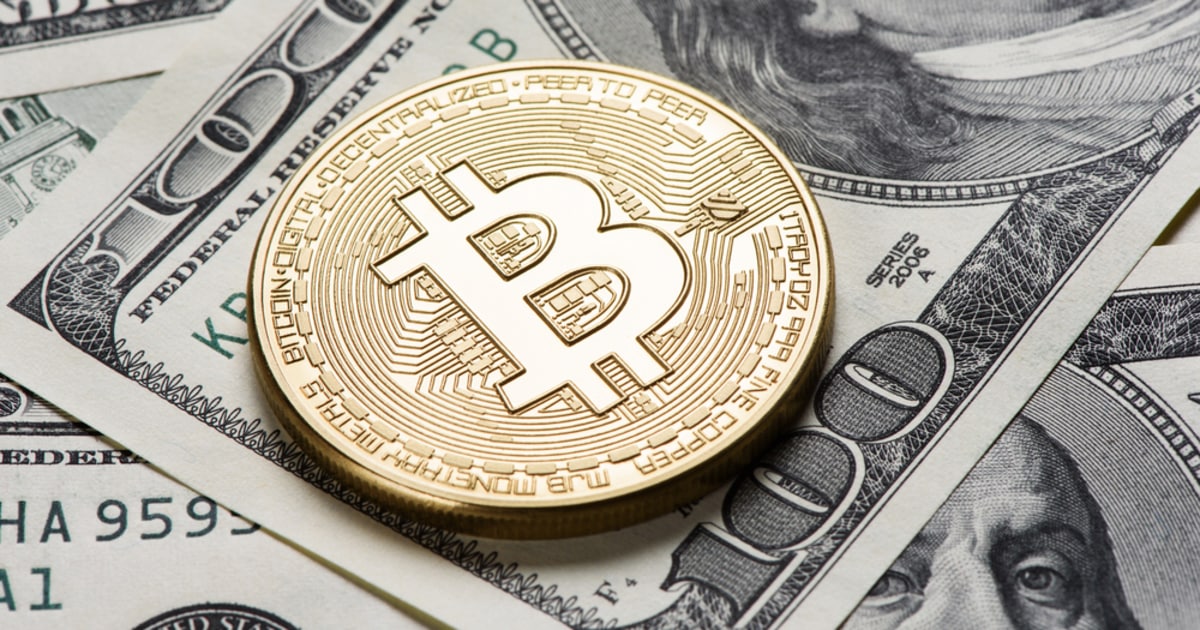 Bitcoin short term investors have been blamed for the primary culprits in the recent crash of the crypto market, as acknowledged by Yann & Jan. The Glassnode co-founders explained:

“The Bitcoin investor group that is realizing most losses is the short term speculators.” 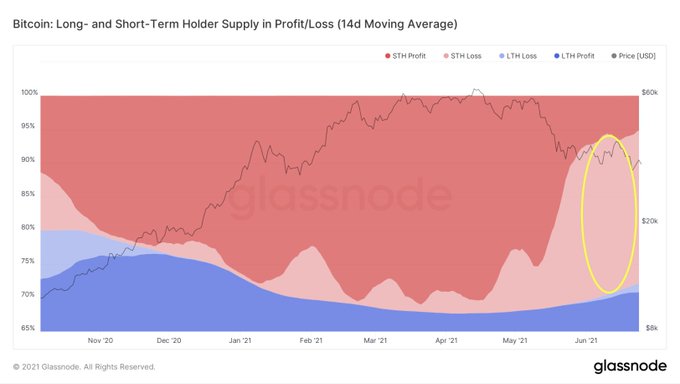 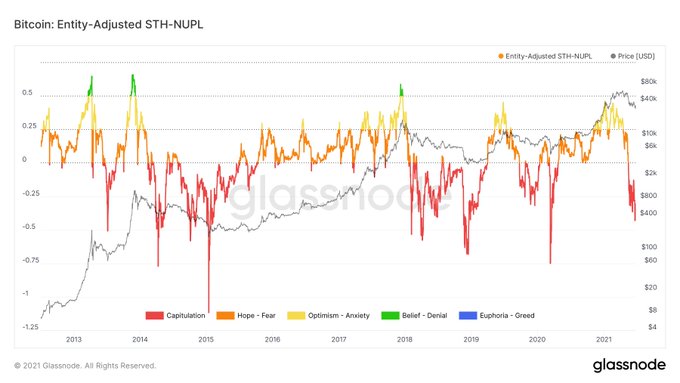 “Yesterday's Net Realized Profit/Loss was the largest of all times. $3.45B of net realized losses. Ouch. Even March, 2020 wasn't so bloody.” 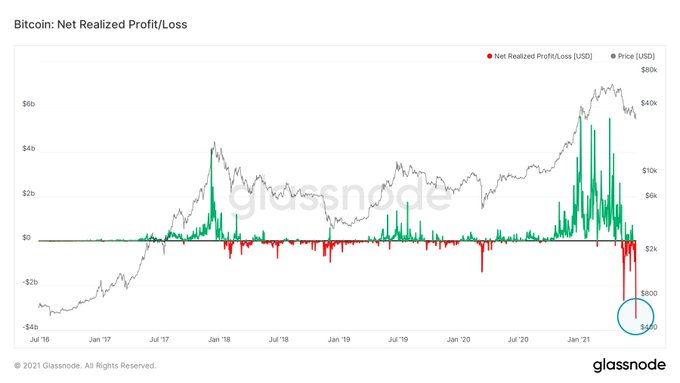 According to on-chain metrics provider Santiment:

“Bitcoin is rebounding again, and active addresses are growing slightly following the massive 50%+ drop from the April ATH. Our active address divergence model shows that though a price drop made sense, address activity hasn't dropped as much.”

This could, therefore, signify that the Bitcoin network is regaining the much-needed momentum because the market crash witnessed from May drove its price from a record-high of $64.8K in mid-April to the recent lows of $28K.

“Strong resistance ahead for BTC on its path towards $40K. The IOMAP reveals 3 key levels of resistance, the biggest located at the highly contested $37K mark, with 942K addresses holding 427K BTC.”

IntoTheBlock added that a $40,000 Bitcoin breakout would be instrumental in triggering an upward push in the crypto market.

Therefore, it remains to be seen how the leading cryptocurrency plays out moving forward.