Bitcoin Halving: Everything You Need to Know in 5 Minutes


Bitcoin Halving: What and Why

In May 2020, Bitcoin is expected to experience its third halving in history. Bitcoin halving refers to the halving of Bitcoin block rewards, which occurs once every 210,000 blocks created (approximately every 4 years). Block reward refers to the amount of Bitcoin received by miners after they successfully validate a new block.

The rationale of Bitcoin halving stems from the currency design of Bitcoin. In the email thread between Satoshi Nakamoto and Mike Hearn, Nakamoto suggested that the total supply of Bitcoin is capped at 21 million. This is opposite to the inflationary nature of fiat currencies in which their supply is controlled by central banks.

It is expected that all Bitcoins will be mined approximately by the year 2140 based on the following protocol design of Bitcoin:

3)    Block reward starts with 50 and reaches 0 after continuous halving events. 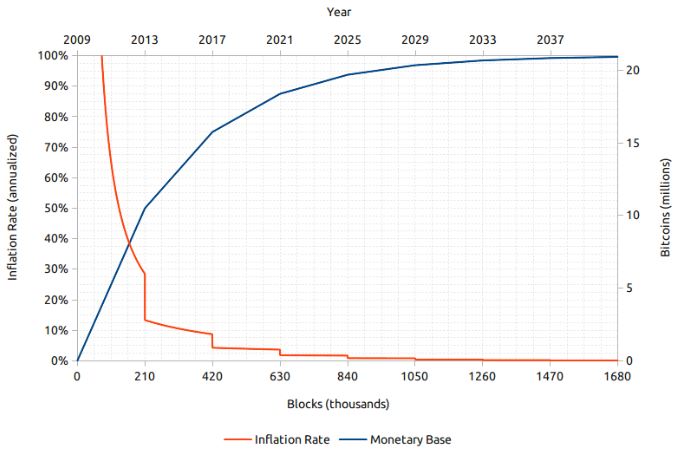 When Bitcoins in circulation reach its maximum supply, miners will no longer receive block rewards and only receive transaction fees from users as rewards. It is noteworthy that Bitcoin’s maximum supply can be changed if the changes are approved by the economic majority.

Implication of Past Bitcoin Halvings

Bitcoin block rewards started with 50 since its inception in 2009. Bitcoin experienced two halvings in 2012 and 2016 which the current block reward is 12.5 BTC. The block reward will be halved as 6.25 BTC after the third halving.

What does Bitcoin halving mean for traders, miners and mining manufacturers?

The past Bitcoin halvings have been indicated as a positive signal to Bitcoin price. In theory, assuming Bitcoin demand stays constant, as each Bitcoin halving slows down the issuance of Bitcoin, Bitcoin in circulation will become scarcer over time and the scarcity drives up the Bitcoin price.

The Bitcoin community was unaware of the impact brought by the first Bitcoin halving in 2012, and the Bitcoin price rose almost 80x a year after (See Figure 4). The 2016 Bitcoin halving was highly anticipated by the community and the price rise was less substantial than the first halving. 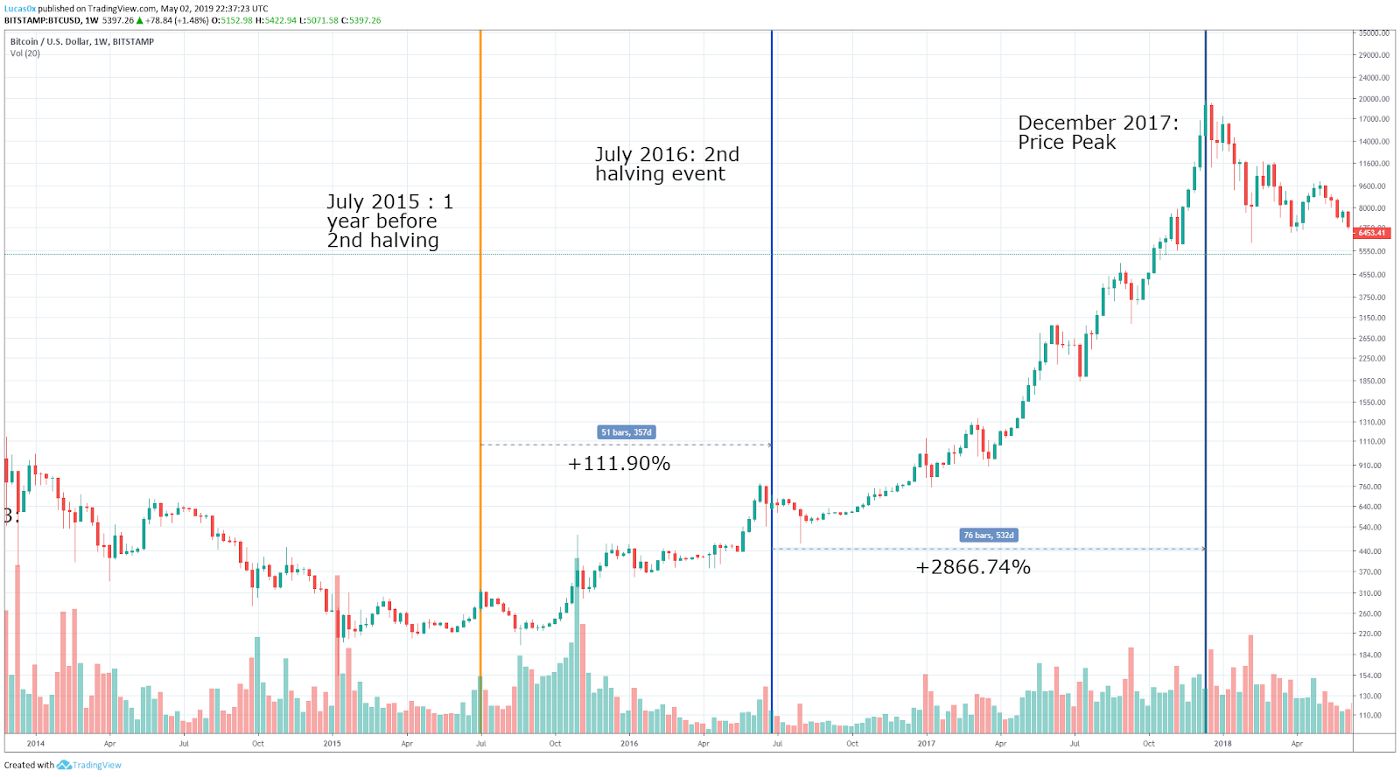 The impact of third Bitcoin halving on price is uncertain as it can be driven by the following factors (See Figure 6).

Miners will receive 50% less Bitcoin block rewards after each halving. From the previous Bitcoin halvings, Bitcoin hashrate and mining profitability resulted in an initial drop and recover after a few months (See Figures 7 and 8).

Mining manufacturers usually release new mining models ahead of Bitcoin halving, which improved efficiency enables miners to optimize their earnings. For example, Bitmain announced a new Antminer S19 and S19 pro in February. As the main competitor of Bitmain, Canaan Creative announced its Bitcoin miner Avalonminer A10 in late March.